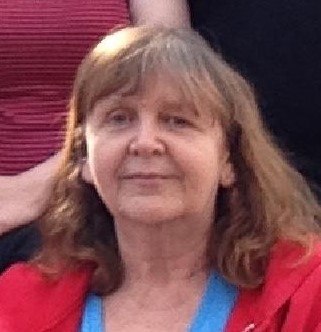 GREENE, Jacqueline (Jackie)
July 14, 1955 - April 30, 2019
Jackie passed away peacefully at St. Paul’s hospital on Tuesday April 30, 2019.  Jackie was born and raised in Saskatoon. She was an only child, and in her early years she helped her parents run the resort they owned at Meeting Lake.  Later in life, she became a travel agent at Co-op Travel for many years until she was diagnosed with cancer, which she was able to beat, and officially retired after her battle. Jackie enjoyed bowling, photography, creative projects, and she had quite the green thumb.  She liked to spend her days in the garden throughout the summer. In her days at home, Jackie always loved baking and cooking for family and friends.  With both kids playing soccer, she always brought treats for all the players after tournament games, and around the holidays.  She was known for her chocolate cheesecake among the players. Jackie was predeceased by her mother and father, Vi and Ron.  She is survived by husband Kevin Koebernick, children Mitchell and Leah Koebernick, cousins, and friends. Jackie will be lovingly remembered by her family and friends.
There will be no funeral at Jackie’s request.  In lieu of flowers, donations may be made to the Cancer Society in Jackie’s memory. (101 440 2nd Ave N  Saskatoon, SK S7K 2C3)

Share Your Memory of
Jacqueline
Upload Your Memory View All Memories
Be the first to upload a memory!
Share A Memory