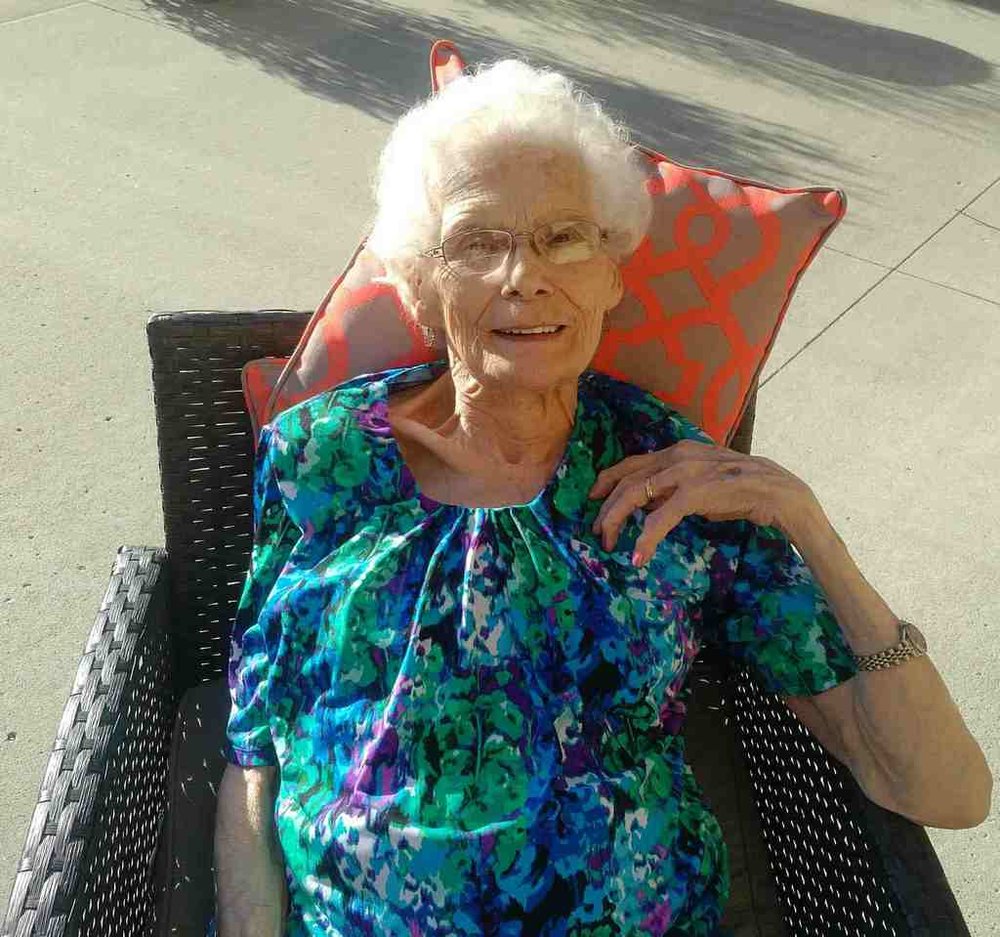 It is with deep sadness that the family of Esther Ethelyn Gourlie (nee Huffman) announce her passing on May 30, 2019. Esther was born on her parents’ farm east of Lipton on March 26, 1929. It was a mixed farm operation so as she grew up she was expected to help with milking cows and doing the usual chores of those days. She attended Lipton School graduating in 1947. After graduation she attended Success Business College in Regina, graduating as a secretary in 1948 and began working in Regina. On April 3, 1951 she was united in marriage to Gilbert Gourlie of Regina and they were blessed with two children Glenn & Gloria. She sincerely loved and cared for her family and loved watching her children, grandchildren and great grandchildren in various sports, music and other activities. As Gilbert’s main interest had always been the land and livestock, they began farming in the fall of 1953 north of Regina for a number of years before moving to Lipton and renting her family farm in 1966 purchasing it in 1970. Esther worked extremely hard on the farm preserving bountiful produce from a large garden, hauling grain as well as taking meals to the field at harvest time.
In 1961 when Saskatchewan was badly hit with drought, it was decided she would go back to work. She worked in Regina for five years and after moving to Lipton worked at the Lipton School for 30 years. She taught typing for 13 of those years and 17 as secretary of the school principal. It always gave her a great deal of joy when former pupils came up and told her how they had benefited from her typing classes.
Esther became actively involved in community affairs at an early age when she help organize a girl’s cadet troop and sold War Savings Certificates and stamps during the Second World War. After moving back to Lipton, her involvement continued with the Lipton Recreation Organization Board for 32 years, a number of years on the Lipton Parks and Recreation Board and the Lipton Seniors Organization. She was a faithful member of the Lipton United Church playing the organ for a number of years.
Esther was predeceased by her parents, Jake and Ina Huffman and her husband, Gilbert in 2000. Left to mourn her passing are: her son & daughter-in-law Glenn and Nancy Gourlie of Sechelt, BC and their family Jennifer (Scott) Merrett and family Max and Jacob of Shawnagan Lake, BC, Sara (Gary) Schreider and family Olivia and Maria of Qualicum Beach, BC; and her daughter & son-in-law Gloria and Grant Drever of Saskatoon and their family Craig (Corinne) Drever and family Megan, Camryn, Brenna and Emma of Edmonton, AB, Alison (John) Kinahan and their daughter Amelia of Ottawa, ON. In lieu of flowers, memorial donations to St. Andrew’s United Church in Fort Qu’Appelle Sk. would be appreciated. A celebration of Esther’s life will take place at St. Andrew’s United Church in Fort Qu’Appelle on Tuesday, June 4, 2019 at 1:30 p.m.

Share Your Memory of
Esther
Upload Your Memory View All Memories
Be the first to upload a memory!
Share A Memory