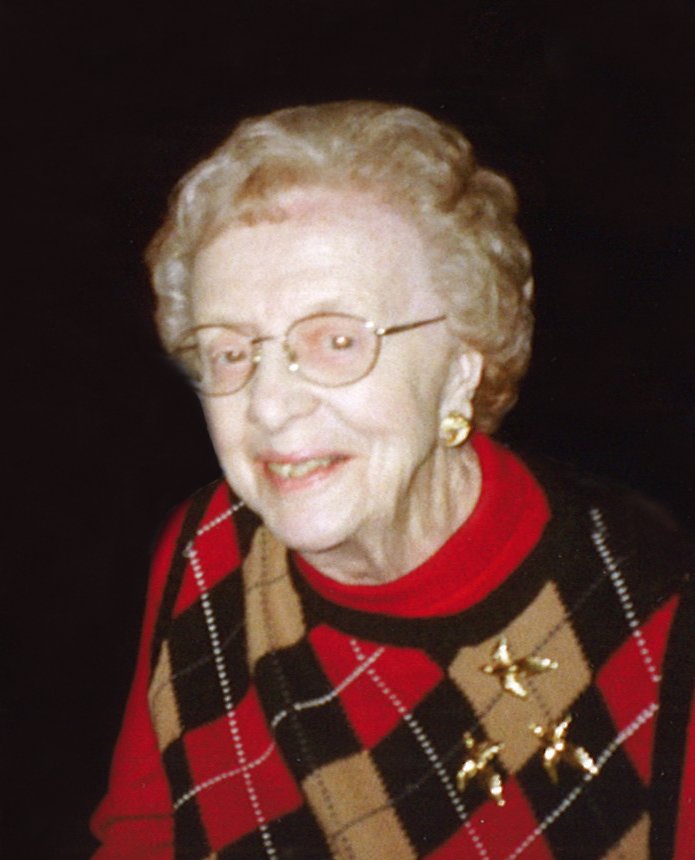 Please share a memory of Shirley to include in a keepsake book for family and friends.
View Tribute Book

Shirley Anne Kolbeinson was born at 1040 University Drive November 30, 1922 to her parents Alma and Ernest (Ginger) Hinitt. We moved to Winnipeg in 1925. I started my school days at Greensway School. My brother Bob was born in 1936. We left my Dad and moved to Calgary in 1931. I attended Earl Grey school in Calgary. In 1932 we moved to Blucher, SK to be with my Uncle Norman Baldwin and Aunt Lillian Baldwin. I attended Glendown school there. In 1935 we moved to Saskatoon. I attended Victoria school there for grade 7 and 8. I started grade 9 in Nutana Collegiate. Also joining Westminster church choir. I graduated from grade 12 and worked summer holidays at Eatons. I sang in the Pauline Club at Nutana Collegiate. I joined permanent staff at Eatons in March of 1941 and retired in 1978. I was a founding member of Trinity United Church and sang in the choir for many years. I served at St. Davids Trinity Pastoral charge for 12 years.  I met my dear husband to be in 1943. He was home on leave from the navy. He was discharged in August 1945 and we were married on July 2, 1947. We built our house in 1955 in Montgomery Place. I enjoyed dancing, round and square dancing, bowling, crafts and gardening. I was predeceased by my mother in February 1976, my husband in April 2008 and by my brother in November of 2011. I am survived by a half brother John (Marney) Hinitt in England and by many dear cousins who have been very good and kind to me. Thanks to my Dr. Kozakavich for his kindness and help to Ivor and I over the years. According to Shirley’s  wishes a private family burial will be held Tuesday, August 27, 2019.

Share Your Memory of
Shirley
Upload Your Memory View All Memories
Be the first to upload a memory!
Share A Memory