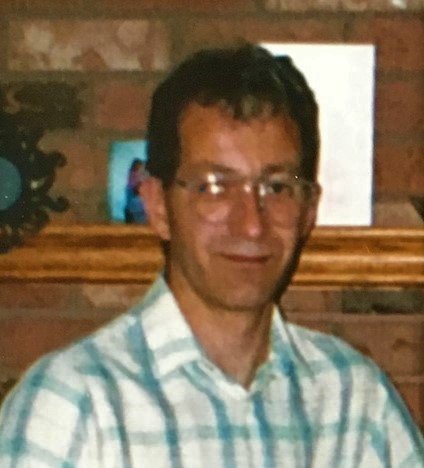 THIEMANN, Eugene Arnold
May 20, 1959 - September 6, 2019
Eugene was born on May 20, 1959 in Quesnel, B.C. to Arnold and Antonia (nee Helmink) Thiemann.  Gene moved to Saskatchewan when he was a toddler.  He grew up and attended school in Viscount and Humboldt.  During high school he worked at Feed Rite.  After high school he took a masonry course in Moose Jaw and then worked in Saskatoon and surrounding area as a mason.  He also worked for Western Grocers and Vic West driving a forklift.  He worked for Vic West until he got sick in 2018.  His children were his greatest accomplishment  and he made sure they felt loved.  He enjoyed fishing, golfing, and he took pride in fixing things whether it was cars or fences or decks or doing renovations for whoever asked for help. He also enjoyed spending time with his family.  Eugene will be sadly missed by his daughter Janelle (Faron) and sons Telly & Scott, son Lyle (Chandel) and his sisters Cathy (Dave), Barb (Joey) and Roxanne (Ross).  He will also be missed by nieces and nephews & great-nieces and great-nephews.  Eugene was predeceased by his parents Arnold and Antonia Thiemann, a younger sister (Ancilla), a brother in infancy and brother-in-law Johnny Loose.  A tree planting ceremony is being planned for later in the Fall.  The family would like to thank the Cancer Clinic, Palliative Home Care and St. Paul's Palliative Care Unit Staff for their kind, compassionate and loving care.  The family would like to request that in lieu of flowers to make a donation to the St. Paul's Palliative Care Unit (1702 - 20th Street West, Saskatoon, SK S7M 0Z9 or www.stpaulshospital.org).

Share Your Memory of
Eugene
Upload Your Memory View All Memories
Be the first to upload a memory!
Share A Memory