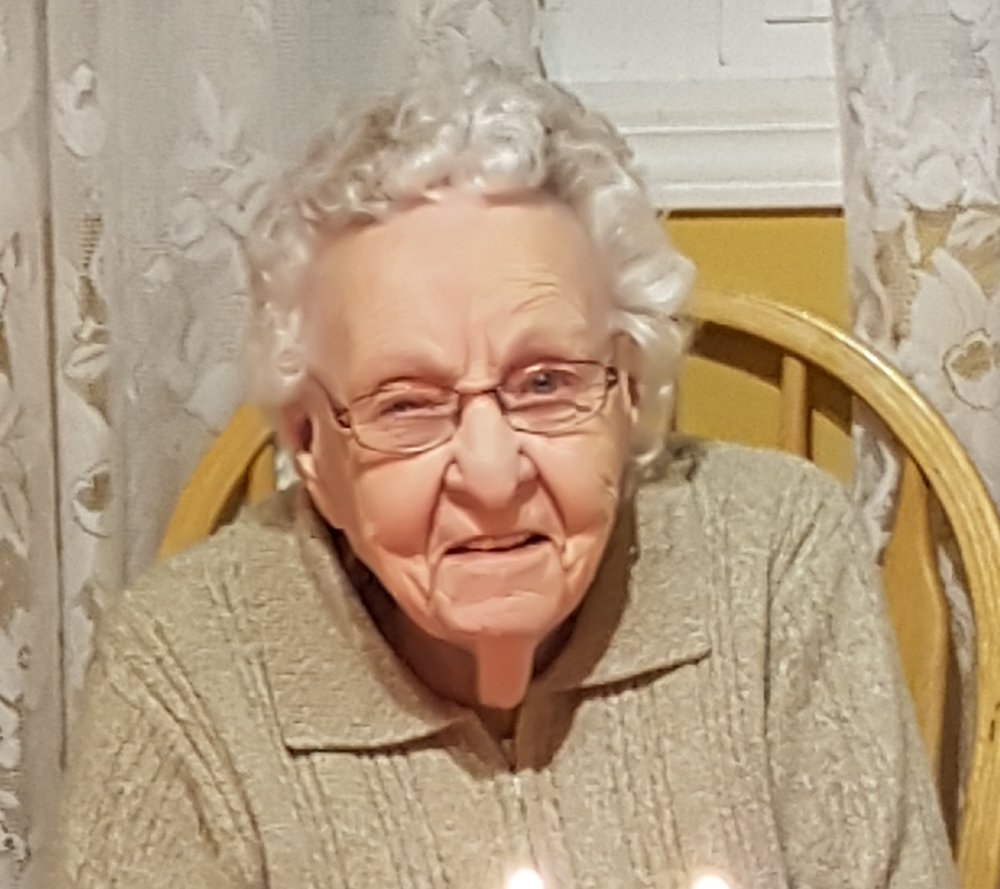 Wilma passed away peacefully at Central Haven on February 6th, 2020. Wilma will be lovingly remembered by her son Randy, daughter Deb (Dwight), granddaughters Lindsay (Bryan), Jaime and great grandchildren Miller, Brooke and Blake. She is also survived by sister in law Joy Weir plus numerous nieces and nephews. Wilma was predeceased by her husband Howard, parents Leonard and Eva McMahon, brother Eric, sister- in- law Betty.
Wilma was born on the homestead near Kinley, Sask. She attended Belisle and Kinley School. After graduating, Wilma headed to Toronto working to assist the efforts of WWll. In 1944 she married the love of her life Howard Miller. Wilma and Howard were blessed with two children, Randy in 1954 and Debbie in 1958.
Wilma worked many jobs eventually retiring from the 5 Star restaurant in Perdue. She loved watching curling and baseball.
Wilma enjoyed gardening (had a great green thumb), making fudge, playing the piano (until she was 92). In her younger days she was an avid curler. Wilma was a person that worked behind the scenes, helping where the help was needed. An amazing gal!!
A huge thank you to the staff at Central Haven for your kindness, gentleness and warm hearts.
A memorial celebration will be held at the Perdue Senior Centre (off main street on Ave L), Saturday, Feb 15, 1 to 3pm.
Memorial donations can be made to Wheatfield Cemetery C/O Vivian Eaton Box 187 Perdue Sask. S0K 3CO; Alzheimer Society, Oliver Lodge, 1405 Faulkner Cres. Saskatoon, Sask. S7L 3R5 or Central Haven Care Home, 1020 Ave I N., Saskatoon Sask. S7L 2H7.

Share Your Memory of
Wilma
Upload Your Memory View All Memories
Be the first to upload a memory!
Share A Memory