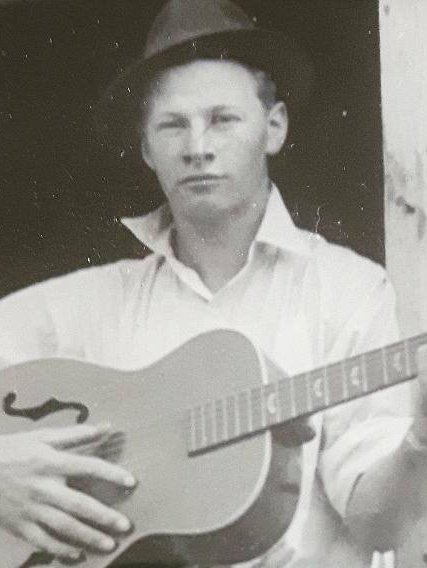 Earl passed away peacefully on February 15, 2020. He is lovingly remembered by Dorothy, his wife of 70+ years, his children Lowell (Debbie), Colleen (Wayne) and Lori, grandchildren Erin, Devin; Katie( Kevin), Kelly (Alex); Angela ( Jeff), great grandsons Bryce, Aden; Leo, Avery. Earl was born to Anna and Levi Ostlund on their farm near Simpson, SK on Dec. 1, 1920. He was the second of four children and although they didn’t have a lot, he always remembered his childhood fondly. On April 12, 1949 he and Dorothy were married. In 1950, they moved to Saskatoon. Earl worked at the UofS Crop Sciences for 31 years, retiring in 1983. During these years, they made many lifelong friends with whom they enjoyed lots of activities including dances, card parties and dinners. He had a quiet sense of humour and always enjoyed a good joke. Earl took great pride in his home and yard- always had a beautiful garden and the best lawn on the block! He was quick to help neighbours, whether shoveling walks, generously sharing garden veggies or just lending a friendly hand. They kindly reciprocated in later years. Earl loved dogs and when he no longer had one of his own, he enjoyed spoiling those of his children and neighbours. Earl was a wonderful loving father, leaving his children with many fond memories of camping trips, hikes, bike rides, wiener roasts, card and board games, skating, hockey and ball games. He taught us to be honest, kind and respectful to others. We were very proud of our dad. Earl was THE best grandpa. All his grandchildren adored him. He sang and rocked them as babies, gave them wagon and sleigh rides, read endless stories, played countless games, spent hours at playgrounds and parks, carefully listened to their stories, hugged them, dried their tears and rejoiced in their accomplishments. Theirs was a special relationship they will always treasure. At Earl’s request, there will be no funeral. If you wish, donations to the St. Paul’s Palliative Care Unit would be appreciated. Or, pay it forward by doing something kind for someone...as Earl would have done.

Share Your Memory of
Earl
Upload Your Memory View All Memories
Be the first to upload a memory!
Share A Memory