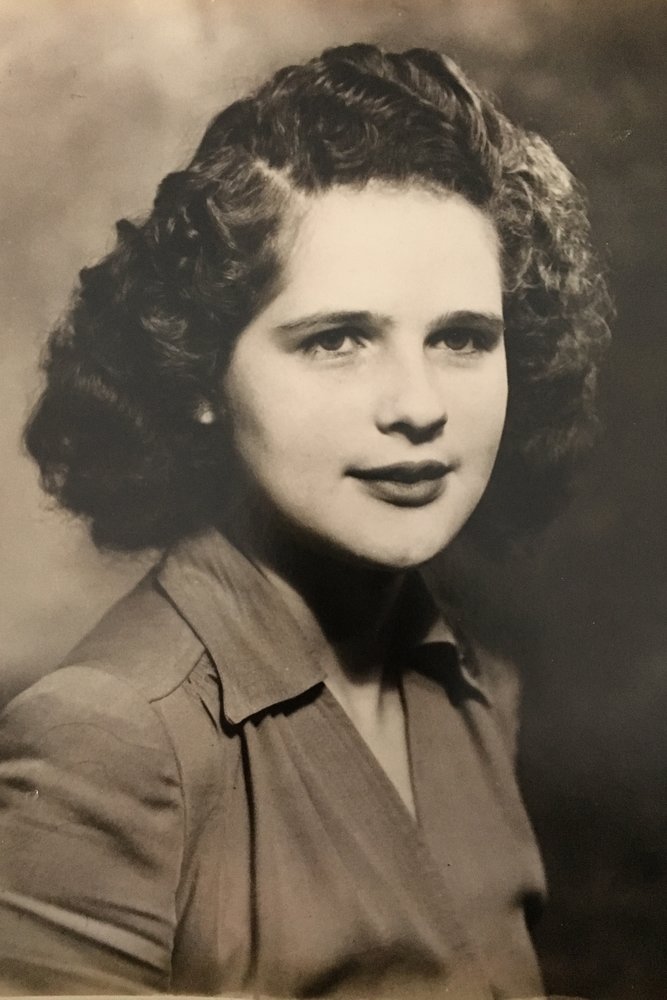 Luella Theresa Jackson, 5th daughter of Fred and Ella Jackson was born in Dalhousie Township, Ontario, and was very proud to have been 1 of only 2 of a family of 12 to be born in a hospital.  She grew up on the family farm where each of her siblings was responsible for a particular chore; she often lamented that her chore, looking after the turkeys, did nothing to prepare her for later life.

In her teens, she moved to Perth, where she lived in a boarding house with 2 of her sisters while working at the Jergens Soap Factory.  On July 12, 1945, after the Orange Day Parade, her father’s car had a flat tire on the Calabogie Road.  A handsome young man, Ernie Cardinal, stopped to help repair the flat and caught sight of the pretty girls in the back seat.  Theresa was his pick and after a 7 year courtship, they married in1952 at St. Joseph’s Church  in Saskatoon where they both had moved to work.  They had 2 daughters and bought a bungalow on Albert Ave. where Theresa lived until her death.

Theresa loved to sew and kept her daughters and grand-daughters and their dolls beautifully dressed.  She also loved to travel with Ernie and made many trips across the country to visit family in Ontario and New Brunswick and friends in BC.  They also camped and fished but she was relieved that he had a daughter to hunt with.   Later, they made many trips to small towns in Saskatchewan to watch their grand-sons play hockey and their grand-daughters figure-skate and dance.  Gardening was a joy to Theresa and she made countless jams, pickles and relishes from her backyard produce.

She was predeceased by her parents and her siblings:  Clara and Milton  Stewart, Florence Bell and Don Couch and Gordon Bell, Mary Jackson, Gladys and Stu Norris, Bob Jackson, Dora Ann Jackson and Walter and Shirley Jackson and Ernie’s family:  Art and Jean Cardinal,  Mike Cardinal, Lorna and Clarence Dennie and Wayne Cardinal,  and her nieces Deborah Bonselaar and Dawn Marie Argue and nephew, Kendall Cardinal.
She is now re-united with her husband of 59 years, Ernie and grand-daughter Jeanine Chabot.  The world won’t be the same without her.

A funeral service will be held when social gatherings are again permitted.
If desired, memorial donations in her name may be made to the St. Pauls Hospital CLOSE TO HOME CAMPAIGN at   https://www.stpaulshospital.org/foundation/campaign/donate.php

Share Your Memory of
Theresa
Upload Your Memory View All Memories
Be the first to upload a memory!
Share A Memory