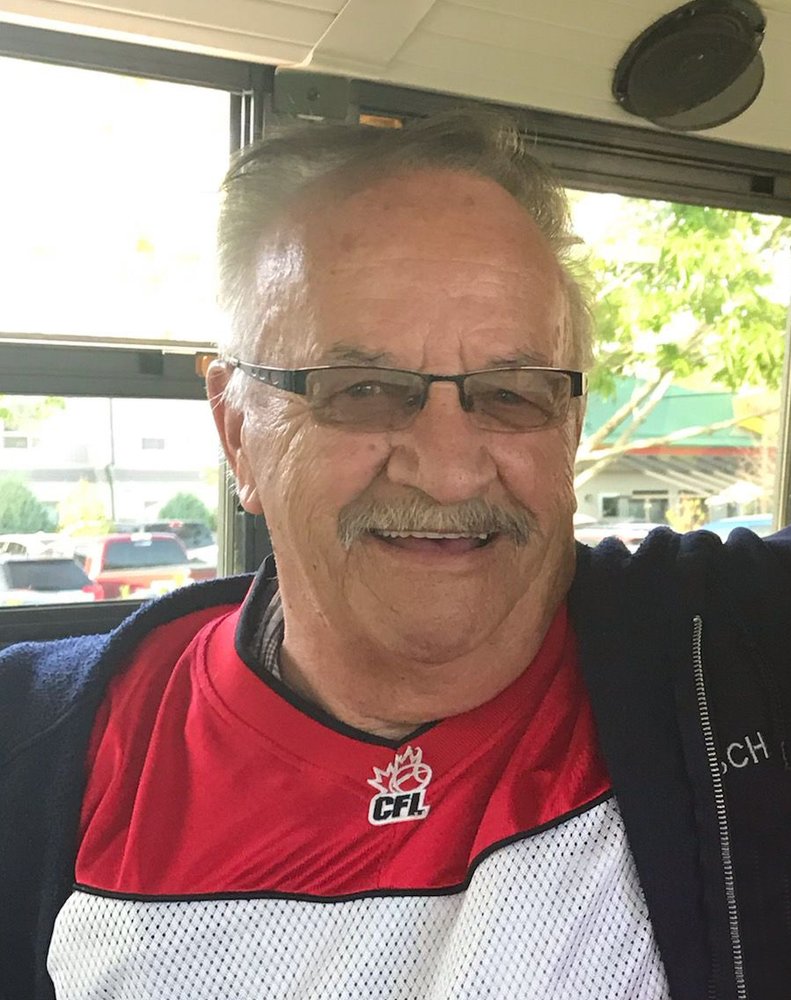 After a brief battle facing the inevitable outcome of terminal lung cancer, Tom passed away at home with his family by his side on Wednesday, May 13, 2020.

Tom was born on June 28, 1944 in Calgary.  In 1974 he married the love of his life, Debbie and they resided in Ta Ta Creek BC.  In 1975, they moved to Calgary where they welcomed their first born daughter Sandy in 1976.  Later that year, they made their permanent move to Saskatoon and were blessed in 1979 with their son, Ricky.

Tom began working for the Saskatoon Public School Board in 1976 as a caretaker.  He worked at many schools throughout his career and made a memorable impression wherever he went.  He retired in 2008 from Walter Murray Collegiate and was affectionately known as “Janitor Tom”.  He touched the hearts of many students, parents and staff along the way.

After his retirement, Tom and Debbie took a vacation to Hawaii and Las Vegas.  They later enjoyed taking many casino bus trips where they made more friends than money.  Tom had a strong passion for the Calgary Stampeders and loved attending football games at McMahon Stadium.  In 2014, we celebrated his 70th birthday in Calgary at the Stampeders home opener where he was presented with a football autographed by one of his favourite players, Nik Lewis.  One of the proudest moments in his life was becoming a grandfather and spending quality time with Riley and Brady.

We would like to give special thanks to Dr. Reem Abdulhadi who provided exceptional care for Dad during his tough battle with cancer and supporting us while we cared for Dad at home.  Also, we would like to thank Derek Bereza (Helen) who were constant bright spots in Dad’s life especially in the last few months.

Due to the COVID-19 pandemic, we have decided to attempt a drive by memorial service which will be held on Monday, May 18th from 1:00-3:00PM at 519 Shea Cres.  If you are planning to drive by, please practice social distancing.   Memorial donations in lieu of flowers can be made in Tom’s honor to the Canadian Cancer Society.

Share Your Memory of
Thomas
Upload Your Memory View All Memories
Be the first to upload a memory!
Share A Memory