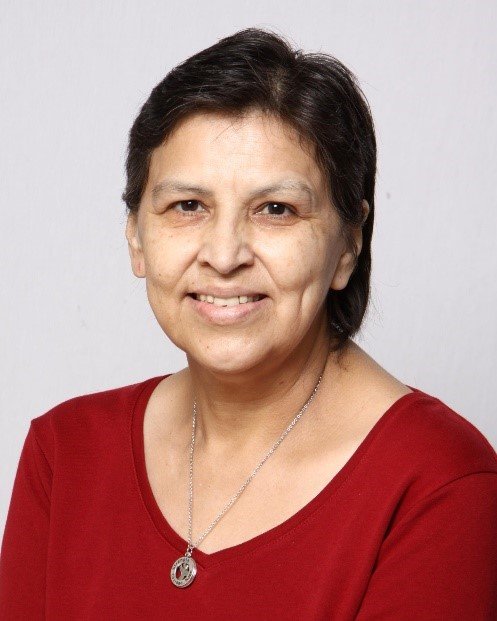 Marion Sheila Shingoose passed away on May 14, 2020, after a courageous battle with cancer. Marion was born on May 25, 1962, in Kamsack, SK. She grew up on a farm at the Kessekoose First Nations. She attended school at St. Phillips, Pelly School and Lebret Residential School. In 1979, it would be in the town of Kamsack, just outside Keesekoose, where Marion met her husband Wilfred (known as Presley back home). They met when he offered her a ride as she was walking in town. They married on January 29, 1983, and from there, moved to the city where they raised their four sons. Marion worked various jobs throughout her life but her most favourite job was being a mother. She decided to stay home for the majority of her life and raise her sons. She loved baking, cooking and oftentimes, would get her sons to help so they would learn her recipes. Her other pastimes were watching "Murdoch Mysteries" with her husband, playing cards, scrabble, yelling at her husband, and chatting with friends on the phone. Anyone who knew Marion knew to expect an invitation into her house accompanied with food and cookies as she was very hospitable. Marion became a Jehovah Witness when she was baptized on November 6, 2006. It would be her faith that helped her remain strong to the end. Marion is survived by her loving husband, Wilfred Shingoose; sons Murray, Myles (Britni), Aaron (Ryan), David and daughter Lesley Dawn; grandchildren Katelyn, Kiesha, and Baby Michael; Spiritual Mother Margy Chouinard; Brothers Kevin (Dion), Walter, Raymond, Melvin and Sisters Marilyn, Elodie (Wes) along with several aunts, uncles, cousins, nieces and nephews.
Marion was predeceased by her parents Miles and Patricia Musqua; sister Maureen; brothers Joseph Brass and Patrick. The family wants to thank everyone for their condolences and thoughts. Donations can be made to the Kingdom Hall of Jehovah Witnesses (10 Ave N, Saskatoon, SK S7K 3A7) or to the Canadian Cancer Society (630 45 St W #2, Saskatoon, SK S7L 5W9). There will be an online memorial over Zoom on Saturday, May 23 at 2:00 p.m. The code will be sent out closer to the date.

Share Your Memory of
Marion
Upload Your Memory View All Memories
Be the first to upload a memory!
Share A Memory