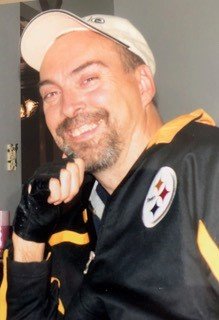 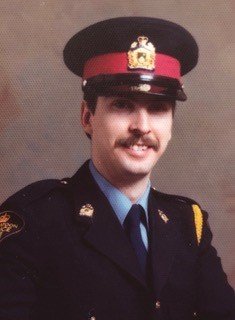 Barry spent his life in Saskatoon, growing up on the city’s west side, graduating from Bedford Road Collegiate. He worked hard from a young age always seeking to get ahead. After spending time working for CN and Canada Post, he constructed his first home at 22 years old. He joined the City of Saskatoon Police Department in 1980, where he became a Constable, and was an association and network that he was proud to be affiliated with his entire life.

Barry was Injured in a swimming accident in his 20s, and spent the last 38 years confined to a wheelchair as a quadriplegic. Despite the many challenges he encountered in his life, he always took things in stride and managed with an optimistic view of working towards a brighter tomorrow and taking each day as it comes. He will be remembered as an extraordinarily kind man, who exemplified hope, courage, and resilience.  He was also known for his sense of humour and keen support for his family.

Following his injury, he spent many years volunteering with the City Police Victim Services. He was an avid hockey player, and had a passion for the NFL and baseball. Barry had great skill in mentoring and empowering kids, and always had a way of connecting and coaching youth.

Barry is survived by his mother Bess, brothers Dave and Dean (Louise), and his niece and nephew, who admired him greatly. He will be deeply missed by all of his family members and friends.

A virtual service will be held to celebrate his life in mid-August. Anyone interested in attending are encouraged to follow his memoriam group on facebook, or any updates posted on prairieviewchapel.com, for more information. In lieu of flowers, the family requests donations be made to the Kinsmen Telemiracle, who supported him greatly throughout his journey.

Share Your Memory of
Barry
Upload Your Memory View All Memories
Be the first to upload a memory!
Share A Memory