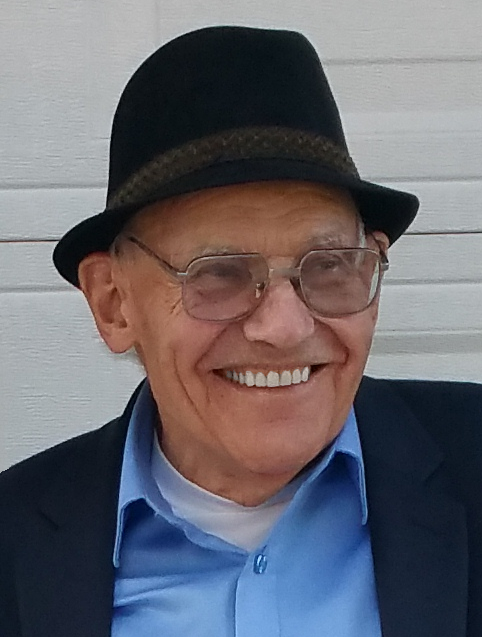 It is with immense sadness that we announce the passing of our father Otto Krueger on July 26, 2020 at St. Paul’s Hospital with family by his side. Otto was born on May 10, 1931 in Wehlau, Germany. Dad bravely immigrated to Canada on his own in 1953, becoming a proud Canadian citizen on October 23, 1967!

Dad worked hard his entire life. After serving a tour in the Canadian Army, he was sent to Saskatchewan where he worked as a farm hand, later becoming a mason by trade. Many Saskatchewan buildings have had concrete and brick work done by Otto, including Ecole St. Mary high school in Prince Albert where two of his grandchildren attended. Dad became a handyman/jack-of-all-trades when he was hired at Intercontinental Packers where he remained for over 30 years.

Otto was affectionately known as the “Candyman”, as he always had candy in his pockets or boxes of Smarties to hand out to his grandchildren. Our father was an animal lover; over the years we had many pets including fish, turtles, rabbits, cats, and dogs. He also loved to feed his family of crows that would visit him in his backyard daily!

Dad was very passionate when attending or watching sporting events on TV. His favourite teams were the Saskatchewan Roughriders and the Saskatoon Blades. As a Blades season ticket holder for many decades, Dad often left fans chuckling when he would shout in his thick German accent at both the players and referees during the game. He toured all over Western Canada and the United States following them on road trips and was well known by the organization.  So well known in fact, that Dad wasn’t afraid to phone up the management of the Blades to tell them what he thought!

Grandpa loved his grandchildren and wasn’t afraid to spoil them. He was fiercely independent and remained in his home of 48 years until this July. Dad did things his way right until the end! As per his request, there will be no public service.

Dad was predeceased by his wife Anna Krueger, his daughter Charlene Krueger, and his parents Otto & Henriette Krueger.

Share Your Memory of
Otto
Upload Your Memory View All Memories
Be the first to upload a memory!
Share A Memory