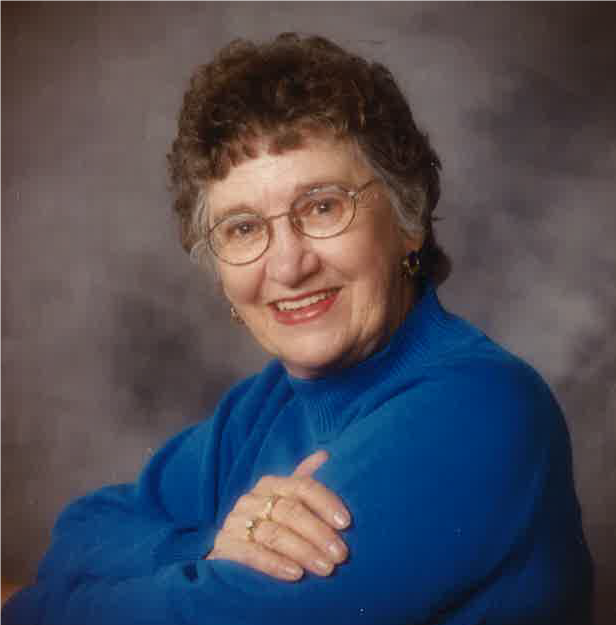 The family would like to thank all staff, but in particular the care staff, who created a loving home atmosphere for Ruth in her final five years. It was very difficult for her to be separated from Ron, but he visited her for hours every day that he was able to. They participated in all of the social activities, weekly church services and brought in greater than their share of BINGO winnings.

Ruth was born on March 25, 1928, at Sheho SK. Her family moved to Nipawin where she spent most of her school years, participating in many social and sporting activities. Ruth moved to Saskatoon to study nursing, training at Saskatoon City Hospital and graduating in 1950. During her career as a nurse, among other things, she worked at Nipawin Hospital, in a Saskatoon doctor’s office, and finished her job (after raising her family) at the Saskatoon Community Clinic. As a passionate and compassionate caregiver, Ruth was a very devoted nurse and loved her work.

She met the love of her life, Ronald Cruickshank, on a blind date when she was in training. They were married on August 25, 1951 and spent their entire married life in Saskatoon. They built their house in Sutherland with the help of Ruth’s Dad and lived there for 42 years before moving to their condo on Eastlake and then onto Luther Riverside Terrace, where Ron currently resides.

Ruth was a very creative person all her life, often designing her own patterns. She became an avid painter of acrylic landscapes, which many of the family have on display in their homes. She was well versed in sewing, from tailored clothing to winter headbands, fleece bears and Halloween costumes, as well as quillows, which are a family favourite that the great grandchildren now enjoy. Ruth made beautiful dreamcatcher ornaments and handcrafted cards, sharing many of these interests with her grandchildren. She was very talented when it came to cooking, baking, and entertaining, which she passed down to her daughter Brenda, as well as her grandchildren.

Family and holiday occasions were always celebrated, in particular Christmas when traditional gatherings would continue for three days. Ruth’s candy cane cookies were a favourite family treat. For many years, Ruth and Ron attended or hosted the Cruickshank family reunion each summer. She was very involved in the lives of her grandchildren, including sleepovers, Saturday morning waffles before drama class, suppers and painting classes with Ryan. Ruth, Aunt Ida, Brenda, Chelsea, and Brenda Wilde spent a lot of time together having girls' days which often included a pedicure, lunch out, and visiting.

Ruth and Ron retired in 1988 and were able to go on several bus trips across Canada and the United States, making new friends along the way. They also spent years camping, and White Swan Lake in Northern Saskatchewan was one of their favourite destinations.  Another memorable event involved taking Don and Brenda and their families on a trip to Disney World.

Friends have always been very important to Ruth, especially those she met in training and when she was a young mother in Sutherland.  Ruth and Ron had close circles of friends with whom they enjoyed dancing, playing cards, and taking trips together. They made friends easily in their neighbourhood and church communities. Ruth’s community focus extended to her involvement in St. Paul’s and Grace-Westminster United Churches: she served on UCW, various committees, and was a CGIT leader. She always enjoyed City Hospital Alumni activities and reunions, never missing an opportunity to share memories about the days in training.

A family celebration of Ruth’s life will take place at a later date. In lieu of flowers, memorial donations can be made to the LutherCare Foundation.

Share Your Memory of
Ruth
Upload Your Memory View All Memories
Be the first to upload a memory!
Share A Memory