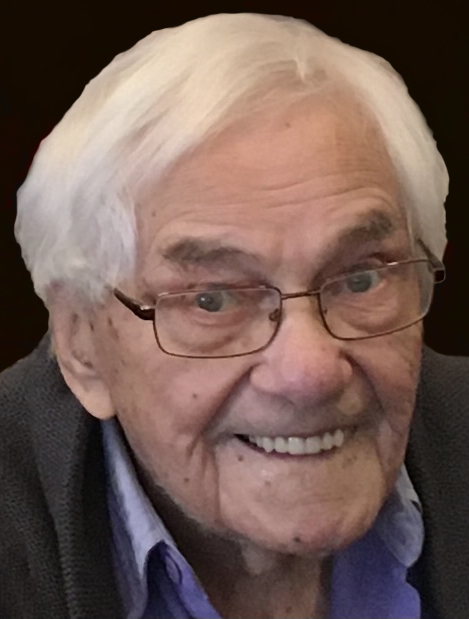 Dad grew up on the farm in Lost River where he learned to milk the cow, clean the barn, and look after the livestock. He was the engineer on the threshing machine and worked the fields as a teenager. When the family moved to Codette, Dad began doing bookwork for his father's seed company and started analyzing seed. At the age of 21, he enlisted in the Army and eventually served as a stretcher bearer in the 10th Canadian Field Ambulance. He crossed the channel on July 9, 1944 and saw action in France, Belgium, and Holland, closing out the war in Germany. After the war he returned to Nipawin and married Frances Gray in 1948. Dad then worked construction in B.C. driving welding trucks, Euclids, and dump trucks. In 1956, he began working in Newfield Seeds and later at his father's seed plant, H.G. Neufeld and Co. Dad farmed his own land for 15 years from 1966 to 1981. He then rented the land out when he retired. Dad always said the happiest part of his life was when he was farming. He found peace sitting on the tractor seeding or harvesting in the fall.

Dad was very active in retirement golfing, bowling, and curling. He learned to play the guitar in his 60's and played with the Golden Fiddlers for 17 years. He and mom went to the old time dances in Carrot River and traveled to Sarnia, Toronto, and California to visit relatives. He wrote his memoirs at the age of 88. While in the Pioneer House in Nipawin Dad was remembered for his joking and caring nature. In Saskatoon he continued to take exercise classes in his 90's and he was always a prolific reader of historical novels and history biographies.

Cremation has taken place and there will be a Memorial Service in Nipawin, SK. in the summer of 2021.

Share Your Memory of
Leonard
Upload Your Memory View All Memories
Be the first to upload a memory!
Share A Memory