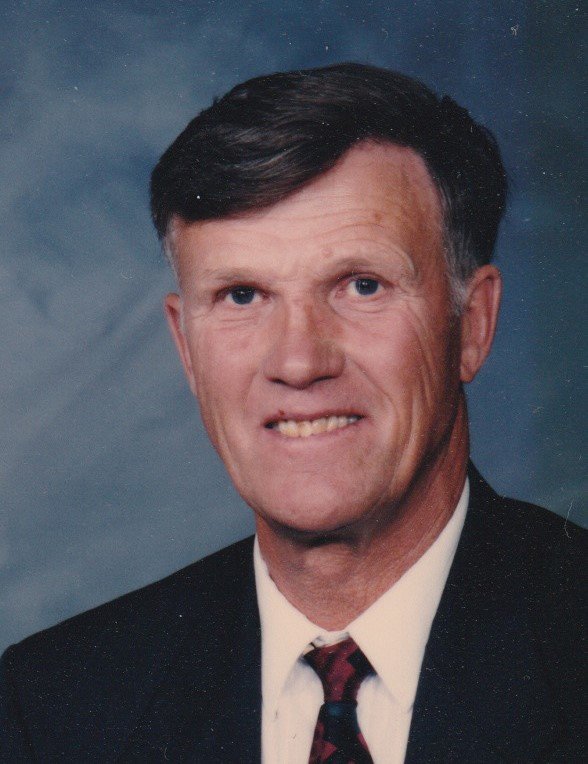 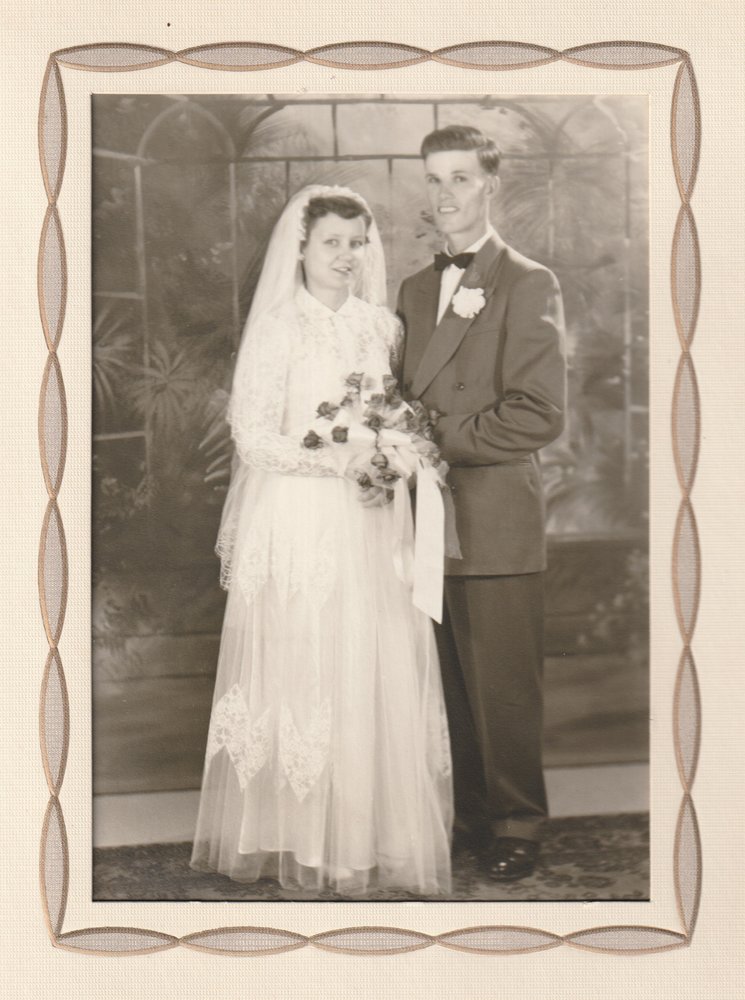 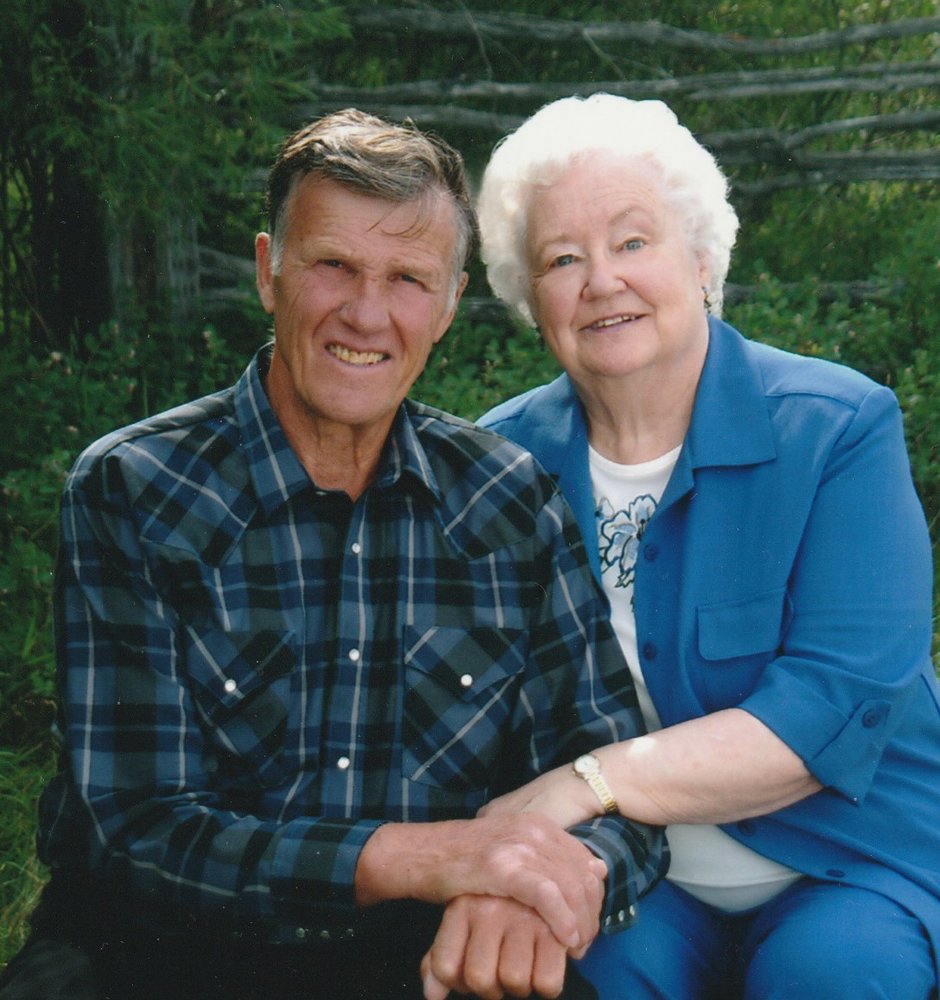 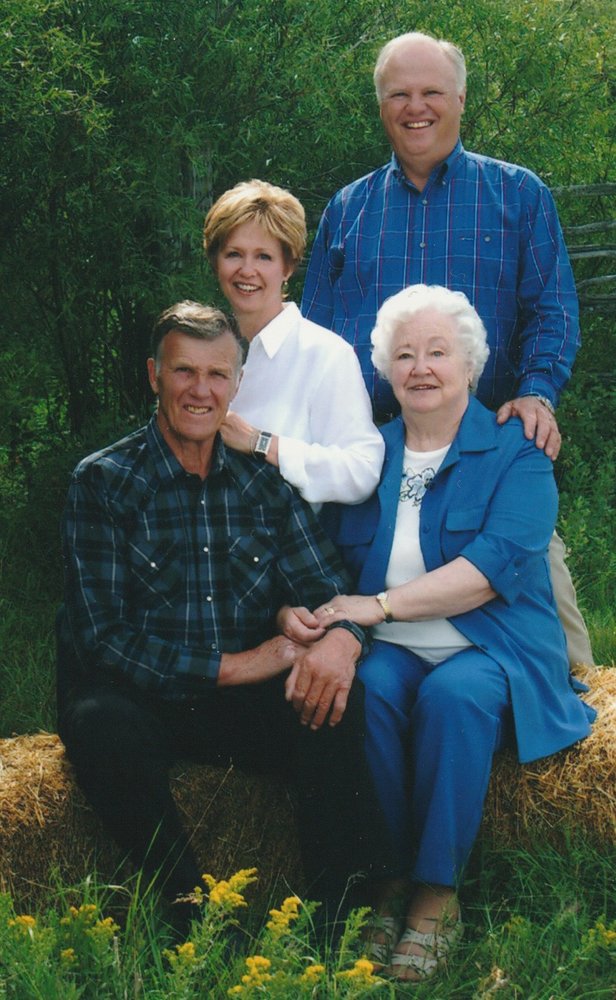 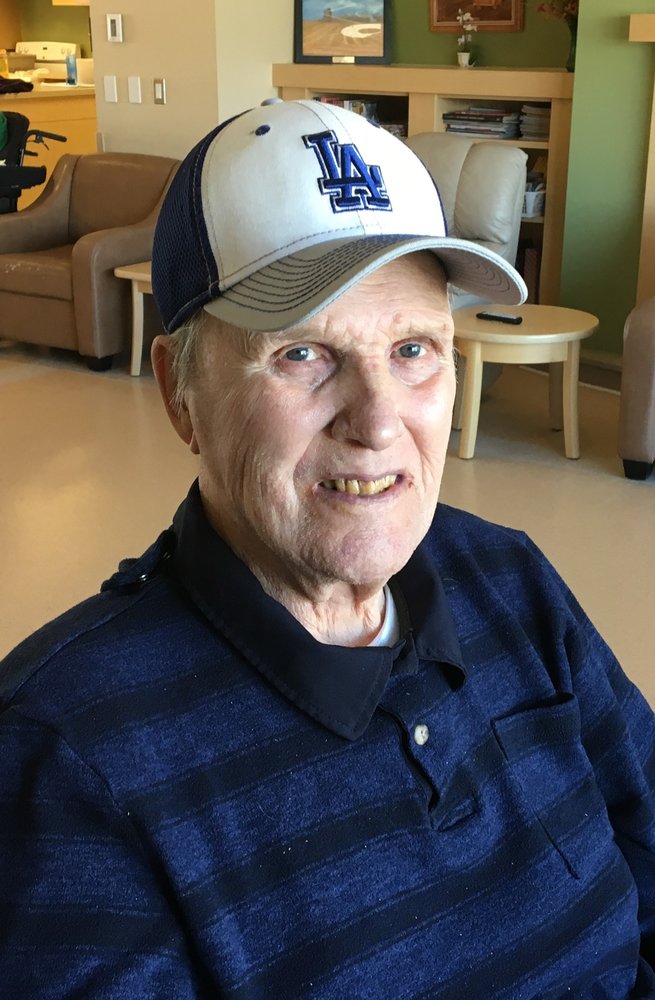 Harvey Stewart, aged 92 years, passed away peacefully at Watrous District Health Complex on Thursday, February 11, 2021 with family by his side.

Dad was born November 18, 1928 to Jim and Esther Stewart on the family farm in the Lilyholme school district. He was part of a family of four brothers: Mac, Harland, Tim and Pete and seven sisters: Lois, Helen, Anabel, Margaret (deceased in infancy), Nicki, Shirley and Pat. He went to school at Lilyholme School until it closed, then Sweet Hill and finally one day in Simpson. After staying home to help harvest one fall, he felt when he returned to school that he was too far behind so quit to go farming.

He met Norma Evans at the local community dances and ball games and they were married July 9, 1954. Dad was a hard worker on the farm and was often gone before daybreak and done work after sunset. While Dad enjoyed farming, his heart was definitely in the cattle/livestock side of the farm. He often helped neighbors when they had problems calving.

Softball was a passion of Dad's. He and his brothers and cousins Bob & Bernie McKay played on the Lilyholme ball team for many years. Dad played first base and loved to reminisce about those years and had many stories. "Just thrower to the bag and I'll be there!"

Another love of Dad's was playing cards. Hundreds of games of crib were played in the after harvest - before seeding tournament he played with Dean. Playing whist with the in-laws was something he looked forward to as well. Crib games with his niece Carmen in the hospital and whenever he got the chance. And then there were the all night Kaiser tournaments where he and his good friend Andy Tschetter never had to draw for partners!

Dad was a people person, not someone who took much interest in possessions. People were important to him, but especially his family - his wife, children and grandchildren were cherished, but he also dearly loved the brothers and sisters he grew up with. And the friends he made over the years that shared good times, laughter and travel together enriched his life as well.

His faith in Jehovah God was especially important to him. He was baptized as one of Jehovah's Witnesses on March 3,1974. He helped us to learn about the wonderful future in store and Dad firmly believed in the Bible's promise of a resurrection on earth where he will again enjoy good health, his family & friends. We also look forward to the time when we will see Dad again, healthy and happy and able to do all the things he loved doing. Revelation 21:3,4; Job 33:25

Dad was loved and respected and will be missed by many - His children Charlene (Byrne) Sagen and Dean (Holly) Stewart and his grandchildren & great grandchildren Jody(Amanda) Sagen, Tyson and Emily; Garrett(Amber) Sagen, Noa and Avery; Curtis(Lea) Sagen; Tiana(Bryce)Currie, Liam and Lyla; Chelsey (Owen), Hipkins, Ainsley and Sawyer; Lacey(Jeremy) Atema; and Halle Stewart

Share Your Memory of
Harvey
Upload Your Memory View All Memories
Be the first to upload a memory!