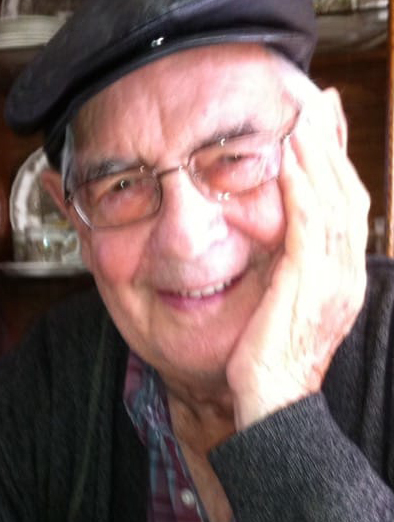 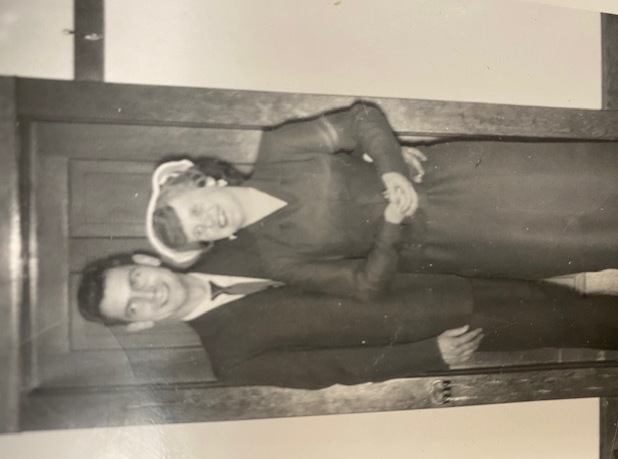 Orville John Chester was born on Jan 23, 1931 to John and Bella Chester of Fort McLeod, Alberta.

Dad was a very caring, friendly and outgoing person. He loved his family, friends and truly impacted everyone he came into contact with. His great sense of humor was evident in his early years and stayed with him his entire life.

With family at his side Dad, at the age of 90, passed away peacefully on March 29, 2021 at the Kerrobert Health Centre in Kerrobert, SK.

Dad was predeceased by his beloved wife Delores “Laurie”; and parents, John and Bella.

In the early years Dad moved us around quite often in search of gainful employment.  In Fort MacLeod he worked as a Service Station attendant then with the Lethbridge Northern Irrigation District.  The family then moved to Salmon Arm, BC where Dad worked primarily at the Plywood/Sawmill plant in Canoe, BC.  After a couple of years,  restless feet saw the family move back to Alberta.  In Taber, Dad enrolled in a training program for security guards which after graduation, resulted in one more move.  It was 1971 and this move found us in Fort Smith, Northwest Territories.  Although far away from family and friends this move resulted in what Dad would refer to as some of the best years of our lives.  Starting out as a security guard at the Adult Vocational Training Centre, within a couple of years he hired on as the town by-law officer.  Dad determined policing was not his calling and made one of the biggest changes of his working years and started his own company.  He owned and operated Chester's Janitorial Service for over 10 years.  During this time all his children and most of their friends would find themselves employed by Dad.  These were good years, it was hard work but found his family working shoulder to shoulder.  Dad sold his business and for a brief time was employed with the Northern Canada Power Commission and then in 1982 Dad and Mom moved to Winnipeg, MB.  Dad worked for a number of different hotels in the city and in time found himself as Director of Housekeeping.  Dad and Mom missed the northern lifestyle and moved back to the NWT, to Yellowknife in 1987.  Dad found employment with the Yellowknife Inn as Director of Housekeeping.  He also found himself in this role travelling to remote parts of the NWT and what is now Nunavut training staff at DEW lines.  Dad and Mom stayed in Yellowknife for a number of years but once again the urge to move on was too great.  They found themselves moving to Kerrobert, SK in 1991.  Dad took on a position at Pioneers Haven as maintenance staff, and a couple of years managed the Tramping Lake Campground.  These would be the last jobs for him as he fully retired in 1994.

It was a new chapter in Dad's life as he bought a motor home and he and Mom spent many a days on new adventures.  Their travels included trips to Manitoba, Alberta and throughout Saskatchewan.  The furthest trip was to Yuma, Arizona where they would have special times with the Sanderson's, long time friends from the NWT.  Their shortest trip was from Kerrobert to Luseland.  They discovered the golf course in Luseland and would take their motor home the 25 kms and spend a few days.  I'm sure some of the local Kerrobert people would shake their heads over that one.

In September of 2020, Dad celebrated his 53rd year of sobriety and was very proud of this achievement.  Over those years, he had found many new friends and helped many people on their own journey to sobriety.  He found himself, and Mom, travelling all through the USA and Canada taking in many conferences and speaking at a number of them.

Dad and Mom were both baptized in their later years at the Luseland Alliance Church.  This was a very special and powerful time for both.  After completing the Alpha course, they both wanted to publically declare their faith.  After Mom passed, Dad continued to attend church as often as his health would allow.

Dad spent his last few years living in the LTC at the Kerrobert  Health Centre.  He truly cherished the staff and residents, and would often fill us all in on the success of his bingo wins, bowling, putting contests, crafts and other activities that were available to  the residents.  Dad was affectionately known as "The Candy Man" by staff, residents and visitors alike.  His magical candy drawer and dish was always full of his favorites, Werther's Original buttersctoch and caramel.

My flesh and my heart may fail, but God is the strength of my heart and my portion forever.    Psalm 73:26

Due to current Provincial Health restrictions, the Funeral Service along with the burial will be private family events.

Miss Me But Let Me Go

Share Your Memory of
Orville
Upload Your Memory View All Memories
Be the first to upload a memory!
Share A Memory