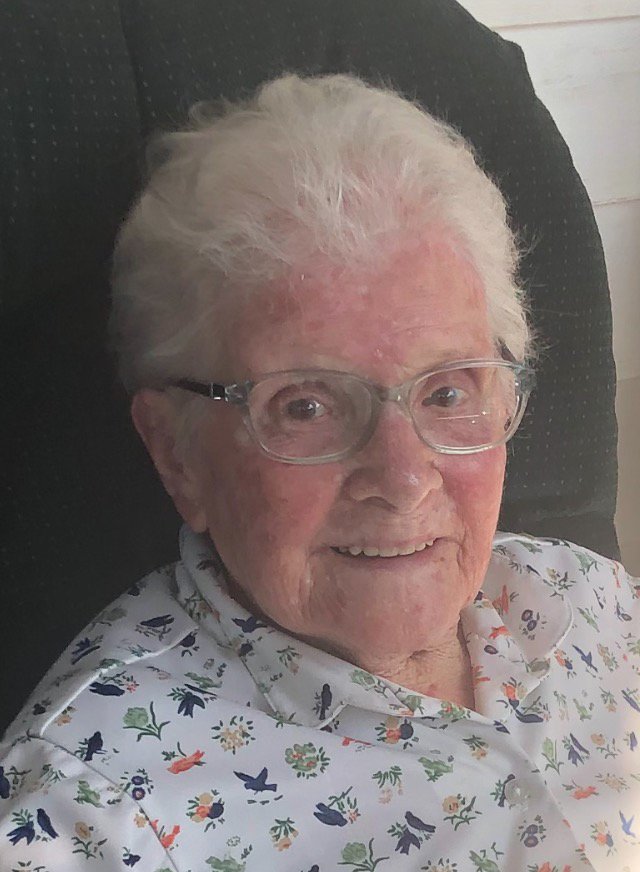 Peggy Gill passed away peacefully, at the age of 97, on May 16, 2021 with loved ones by her side. Peggy was born in London, England on October 28, 1923 to Alice and Walter Saul, and was one of six girls in a family that also included two half-siblings. Peggy and her sisters had the gift of optimism and the determination to make the best of any situation. Whenever they were together there was joy and laughter. Peggy was the last surviving member of her family. Peggy was predeceased by her husband of 76 years, John, their son David and son-in-law Fred Nicholson. Peggy is survived by her daughters Margaret and Valerie (John); by sister-in-law Catherine Larner, grandchildren Joanne (Ron), Kendra (Ed), Caroline (Christopher), Evan (Cathy), Roxanne (Kyle); by great-grandchildren Alicia (Cody), Abigail, Theodore, Fiona, Wyatt, Audrey, Eric and Callie; and by daughter-in-law Leanne Gill and her son Wade Brown (Shayla); also many nieces and nephews in Canada and England who remember Auntie Peg with warmth and love. Peggy was loved by everyone who knew her. Peggy and John emigrated to Canada in 1957 with their three children. Though there were challenges Peggy never complained and never looked back. Peggy and John were among the founding volunteers of Saskatoon Folk Fest, and members of “The Georgians” choir, and Orpheus 60 choir. Peggy and John spent happy hours at their cottage on Buffalo Pound Lake, and made many trips to England and Europe. Peggy was a much loved mother, grandmother and great-grandmother, and she and John visited family members as much as possible until their later years. We are grateful for the kind care team and fellow residents at Cayden’s Premier Care Home for their support and friendship in Mum’s later years, and also to the caring staff at RUH for their care in her final two weeks. A family gathering will be held to honour both Peggy and John at a later date when we are able to embrace those we love.

Share Your Memory of
Peggy
Upload Your Memory View All Memories
Be the first to upload a memory!
Share A Memory