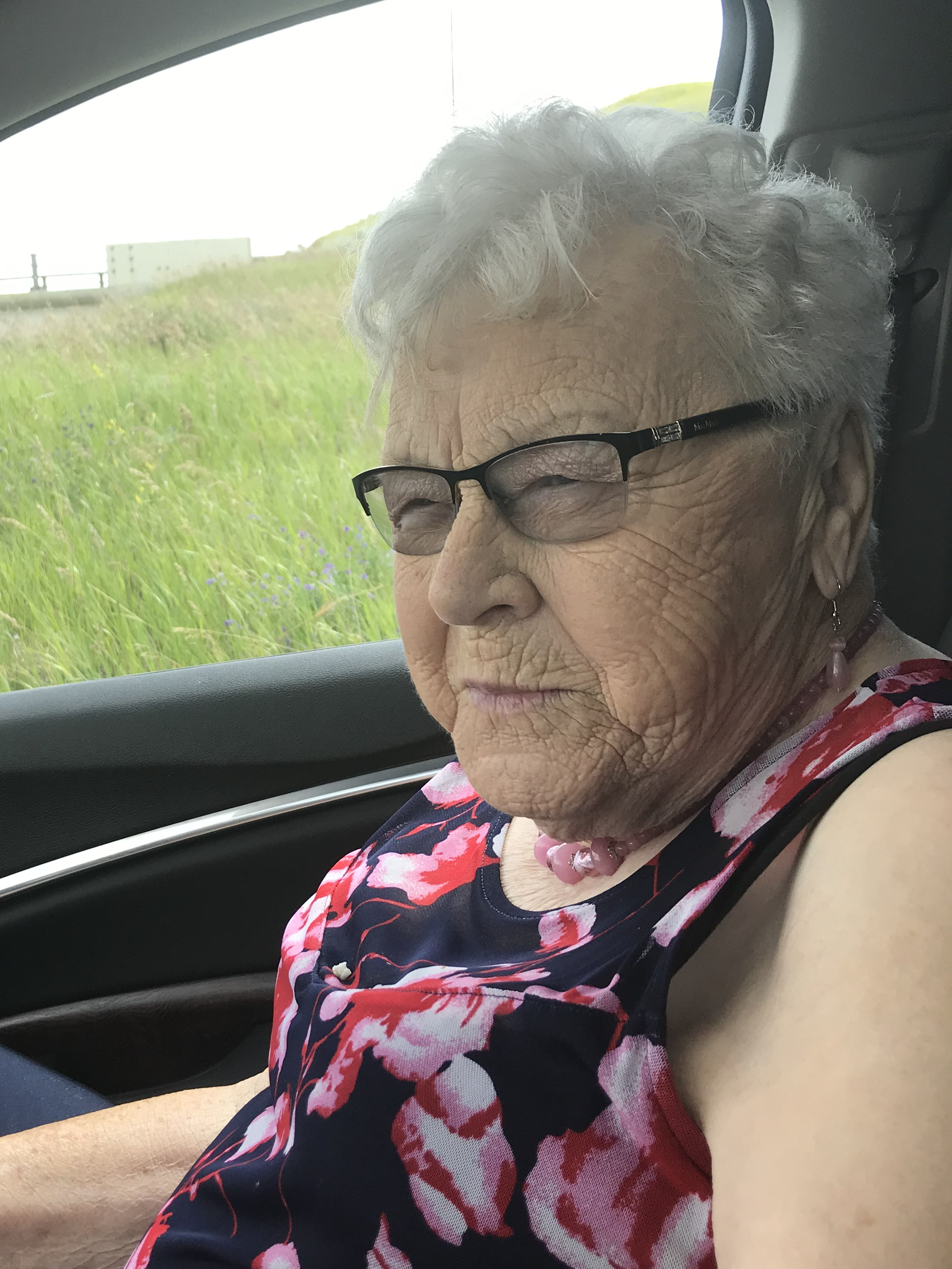 Please share a memory of Lois to include in a keepsake book for family and friends.
View Tribute Book

Lois Louise Speir (nee Kvale/Holtorf) passed away peacefully Monday, May 17th, 2021 at the Saskatoon Convalescent Home.  Lois found herself needing more care after a fall late September and moved to the Home November 2nd, 2020. Our Mom was a lively, independent woman who would tell you straight what she was thinking and often one of her favorite stories.

The youngest of six children, and the only girl, Lois was born in Zelma, Saskatchewan on October 9, 1925.   Needless to say, she was spoiled from the get go!  Independent and motivated from early on, at 16 she moved to Conquest to become a telephone operator, covering gaps in a few other communities until moving to Macrorie. There, she met Alf Kvale and they married on December 21, 1947, settling in Macrorie and starting a family, welcoming Rudy the following fall.  Living out of town for the first time, Lois appreciated her nearest neighbours, and built lifelong friendships on the Hegberg farm and in Tichfield.  They moved to the Kvale homestead after Alf’s father passed away (Ivar Kvale).  Lois and Alf raised their 5 children in the house on the hill often filled with music and laughter and drop in company.  They were active in the community through their life together.  Alf passed away suddenly in 1972.

Bill Speir came in to Lois’s family and they were married in 1974.  The Speir family welcomed Lois and her children into the fold with Grandma Speir and Bill’s 8 siblings and their families.  A fun filled time for all in a family with a lot of music, playing cards and enjoying life.  They lived in Outlook for several years, and then moved to Saskatoon in 1984.   Mom and Bill enjoyed many happy times together on the farm, going to rodeos, playing cards and camping. Unfortunately, cancer took Bill from us in 1989.

Some years later, Mom was grateful for her companionship with a childhood friend, Roy Fisher and to share a number of years with him in Montgomery where they lived in Roy’s house until his passing.

While on the farm, Lois contracted to the Provincial Parks as caretaker at Coldwell Park aided by the kids on the weekends.  Lois continued to work for the Parks at Danielson and Blackstrap checking in campers at the gates until 1990. This contributed to her knowing a wide range of people from all over Saskatchewan.

Lois lived a long happy life surrounded by friends and family.  She is survived by nieces, nephews and cousins too numerous to mention, as well as two sisters-in-law, Pete Day and Marian Resch (Sam).

Lois was predeceased by both husbands, Alf Kvale and Bill Speir and companion Roy Fisher, as well as her grandson Jesse Kvale (2001) and her son Cliff Kvale (2016).

Lois was the last surviving child of Charlie & Bertha Holtorf.  She was predeceased by her brothers and their spouses:  Johnny (Helen), Fritz (Melba), Cliff, Earl commonly known as Chink, and Dicky Holtorf.
She was also predeceased by all of Alf’s siblings: Olaf (Vi), Art, and Clara Wilcox (Edgar); and by a number of Bill’s siblings and their spouses:  John & Elsie Speir, Jim and Annie Speir, Sandy (Gus) Speir, Bob & Iva Speir, Nora and Rusty Bird, Raymond Day, and Beth and Tom Gilmour.

Mom was lucky to have spent many years living independently in the Scott/Forget Towers off Preston in Saskatoon with the support of Home Care.  We are so grateful to have had the same caregivers for many years and so many special people that ‘kept her in her lane’ and made sure that all was well on a daily basis.

We are also forever grateful to all at the Saskatoon Convalescent Home as Mom made the transition to the long care home graciously and was happy to have the comfort of others around and the care she needed.  We could not have asked for a better place for her to have spent the remainder of her days.  Due to the COVID19 restrictions a service will not be held.

Share Your Memory of
Lois
Upload Your Memory View All Memories
Be the first to upload a memory!
Share A Memory