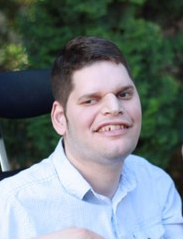 It is with great sadness that the family of Nico Tsintziras announce his sudden passing.  Nico was pre-deceased by his father Tim Tsintziras.  Nico is survived by his mother Daniela Tsintziras and his sister Adina Tsintziras.  We would like to extend our sincere gratitude to Elmwood Homes for all the support and care over the years.

Nico will be forever missed and forever in our hearts.

Share Your Memory of
Nicholas
Upload Your Memory View All Memories
Be the first to upload a memory!
Share A Memory