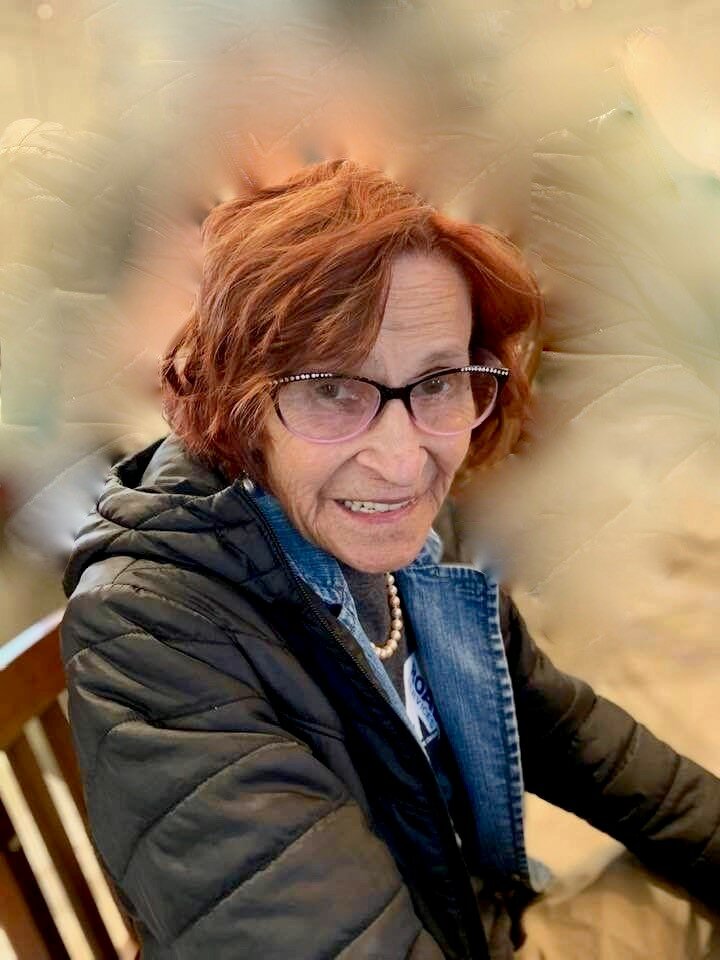 Lillian passed away December 7, 2021 from complications from dementia at the age of 86. She was born on the family farm near Hawarden, SK and went to school at the Cosmopolitan School until Grade 10 when she quit school to help tend to the household after the death of her mother, Martha. It was while living with her sister Hazel and her husband Roy, she met a young man, Ed Trautman and they soon began to date and ultimately married on November 3, 1956. On the day of the wedding, after the ceremony, the wedding party was booked into the Big T Motel in Saskatoon for a celebration. The Manager of the motel informed them there would be no party there. Uncle Roy then phoned the Bessborough Hotel and booked a room there, and the celebration moved there.
After a honeymoon at Lake Louise they settled into married life in Lorebum. Two children soon followed, Steven and Leah. In 1962 Ed's job with UGG took them to Beechy. There, Mom soon earned a reputation as an accomplished seamstress, making many dresses and other outfits. She even made dresses for whole wedding parties. She was also an avid knitter and crocheter for most of her life.
Mom loved country music and loved to sing and sang in the Church choir in Beechy. Any family gathering was an excuse to pull out the guitar and sing country classics. In the spring of 1974 Mom and Dad bought a service station and café at the junction of HWAY 19 and 44 and re-named it Ed's Esso and Lil's Lunch. The move back to Lorebum brought them closer to family and old friends. A few years later they were able to take a trip to Nashville which included a visit to the Grand Old Opry, a highlight of Mom's life. When they closed the business in 1990, they moved to Saskatoon and about a year later, purchased a condo. Mom got a job working at The Skillet Restaurant in Zellers where she worked for 10 or so years until her retirement. Mom loved her grandkids and especially loved to spend time with her great grandkids of whom there are 8.
Mom also loved to curl and later in life, she and Ed took great pleasure in watching her son and grandson, Jeremy curl at the Sutherland. As well, they would watch other more accomplished teams every chance they could. Lillian is survived by her husband of 65 years, Ed, her son Steven and daughter Leah. Steven is married to Flo and they have a daughter, Shelby (Alan) Williams. Leah is married to Tom Fraser and she has two sons, Jeremy and Scott Twordik, Jeremy is married to Leanne and they have two children, Kailey and Dylan. He also has sons Jamison and Jackson and daughters Makayla and Gracie (Makenna). Scott is married to Cynthia and they have two children, Avery and Maddyn. She also is survived by her sister Grace Paulsen and sisters in law: Margret Carlson, Grace Overlid, Jenny Psikla, Josie Liska, Marion Trautman, and Carol Albers, and brother-in-law, Elwood Larson. She is also survived by numerous nieces and nephews. She was pre-deceased by her parents Meriam and Martha Carlson and brothers Gordon, Leslie (Doris), John (Rita), Stanley, Leland, Raymond, Murray "Bud", sisters Myrna (Carston), Marie (Arnold), Hazel (Roy), Viola (Roy), Lois, and brothers in law, Joe Psikia and Peter Liska.

Share Your Memory of
Lillian
Upload Your Memory View All Memories
Be the first to upload a memory!
Share A Memory