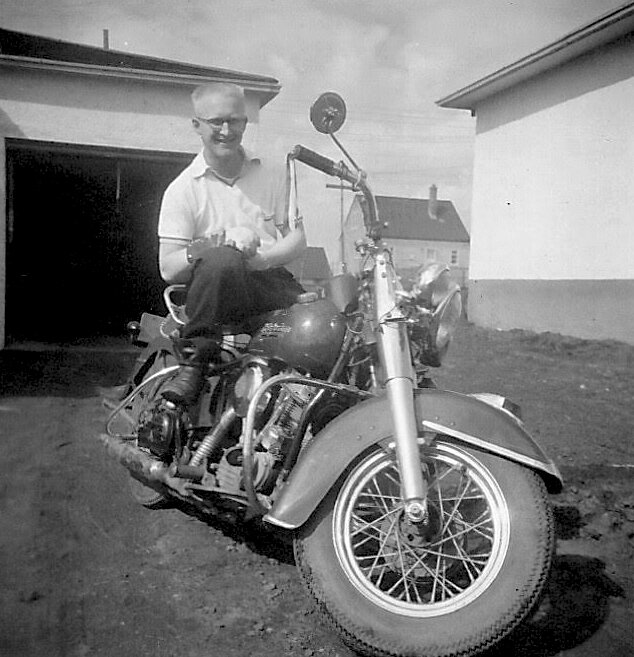 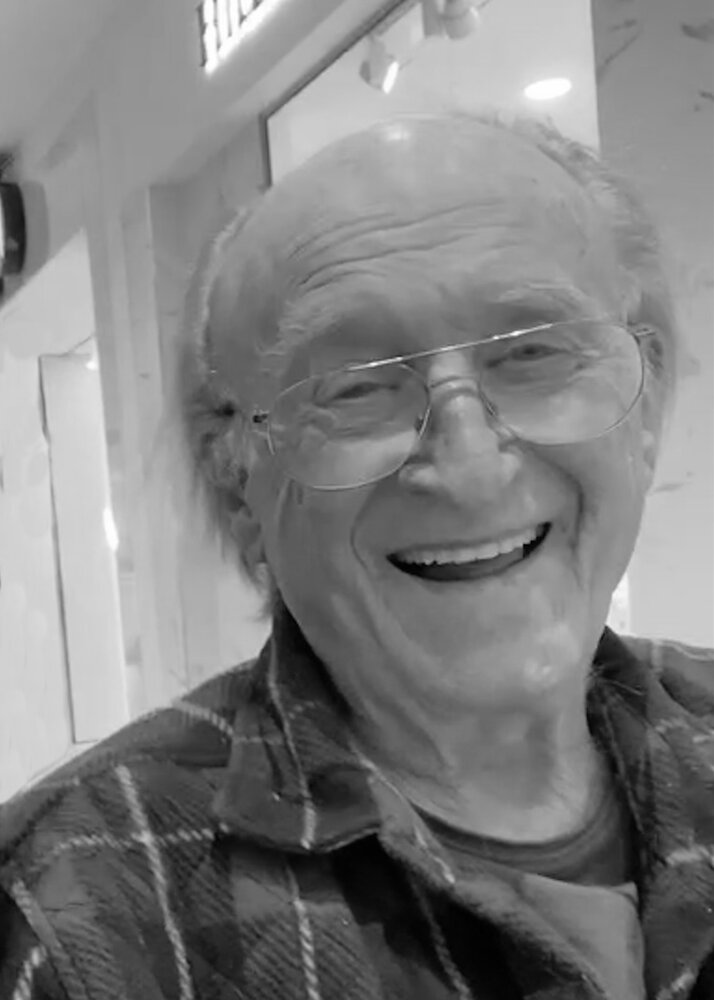 Les Ennis finally completed his long ride home on January 27, 2022, at five in the afternoon.

Born in 1928, he had a very happy childhood on the farm near Tisdale with his loving parents Ferne and Jay and his older siblings Lorne and Evelyn. He attended high school in Saskatoon in the winters, and then graduated as a machinist from technical school.

During his early years at Federated Co-op, where he later assisted with the installation and operation of one of the first commercial computers, Les picked up a biker chick named Mary who turned out to be his devoted wife for 68 years. They soon settled in a new house on the edge of the prairie where they raised four fantastic kids.

Les provided for his new family by building many of the things they needed, such as beds, toys, a rocking horse, coffee tables and end tables, a fireplace, extra rooms in the basement, stools, numerous cupboards and shelves, not to mention a boat, a camping trailer, one of the earliest paddle boards (now trendy), a very fancy go-cart, an ice sailing boat, the annual back yard skating rink (where the playground was in the fall, and the garden before that), and most importantly, the cabin at the lake. He built racks to display Mary’s quilts at exhibitions and went far out of his way to help her entire group to set up their shows. All his inventions were cleverly constructed from found and recycled materials, scraps of plywood (he said he never forgot the first time he saw plywood), and buckets of bent nails (guess who got the job of straightening those).

Les may have been the world’s most dedicated junk collector. If you’ve ever entered his inner sanctum, whether in his “workshop,” his “den,” his “garage,” or even the back “porch,” you will know that Les has collected all the junk that can physically fit within the space allotted to him. Almost all of it stands (forever) in roughly arranged categories: a bunch of steel pipe propped in a corner; a crate of short pieces of rope; layers of old plywood leaning against the fence; a box of assorted electric motors; a shelf devoted to chunks of old foam rubber. But a small portion has been very carefully sorted, stored, and labelled, like the wall of sardine cans on tiny shelves, each painted white, each labelled on the front edge with black felt marker, each containing one exact size and kind of flat washers, split rings, cotter pins, safety pins, screws for glasses, minute springs, ball bearings, wing nuts, tiny gears, bushings, set screws, finishing nails. Or the rows of glass jars filled with various fasteners and screwed into lids that have been nailed to the ceiling joists. It’s a very small part of the whole collection, but it is exceptionally well-organized.

Les had many hobbies and interests. He and Mary hosted square dances in the lower level of their home, and continued dancing and travelling with the club in countries all over the world. He loved singing in four-part barbershop harmony, and tormented the rest of us with his interminable practicing. He sang with The Chordsmen for many years, and ultimately directed the Saskatoon chorus. He was an avid boy scout leader for several years, excelling at invention in the woods and conveying to his young charges the importance of resourcefulness, challenging them to some serious adventures: long canoe trips on northern lakes and rivers, equally long bicycle trips along the prairie back roads, cookouts in the deep winter snow, always going the extra mile for the boys, as he did for everyone close to him. He loved camping of all styes and later built a specialized camping van so that he could convince Mary to accompany him. He loved to take his family on road trips to the most scenic locations in the mountains, especially Jasper for skiing, a family favourite. Over the years, he tried his hand at painting, photography, rock polishing, raising aquarium plants and fish, building bird houses and model railroading. He briefly wrote a newspaper column, “Sawdust and Shavings,” and eventually authored a book about his early life. He read and re-read his extensive collection of Louis Lamour novels.

Les was a consummate joke teller, loving the joke set-up (complete with accents) as much as the punchlines themselves.  As the years wore on, and Les would ask you to stop him if you’d “heard this one”, no one ever did, just so we could hear it again.  Who can forget “Artie Chokes 3 for a Dollar”, “Un deux trois cat sank”, and “If it’s all the same, would you mind terribly if I ran this through me kidneys first?”  Les never did, and nor will we.

Les was notably stubborn, both in his life and in his dying. Mary and kids did their utmost to care for him at home until so near the end, when he was entrusted into the loving care of the Royal University Hospital staff. He will be missed by his wife Mary, his children, Kim (Bris), Kelora Lee (Mike), Charlene (Gary), and Shaun, as well as his 11 grandchildren, Caragana, Anna Lee, Sarah, Katie, Becky, Bryce, Chelsea, Coral, Faron, Declan, Lux, and 9 great-grandchildren.

It has been his greatest desire for a long time now to be with Lorne and Evelyn and their mom and dad again. We know with certainty that they were there to meet him for the beginning of his next adventure.

At Les’s request, there will be no funeral.  In lieu of flowers, please consider making a donation to the Heart and Stroke Foundation of Canada, or the Alzheimer Society of Saskatchewan.  Condolences may be left at www.prairieviewchapel.com.

May the road rise up to meet you,

May the wind always be at your back,

May the sun shine warm upon your face,

And the rain fall gently upon your fields.

Share Your Memory of
Les
Upload Your Memory View All Memories
Be the first to upload a memory!
Share A Memory