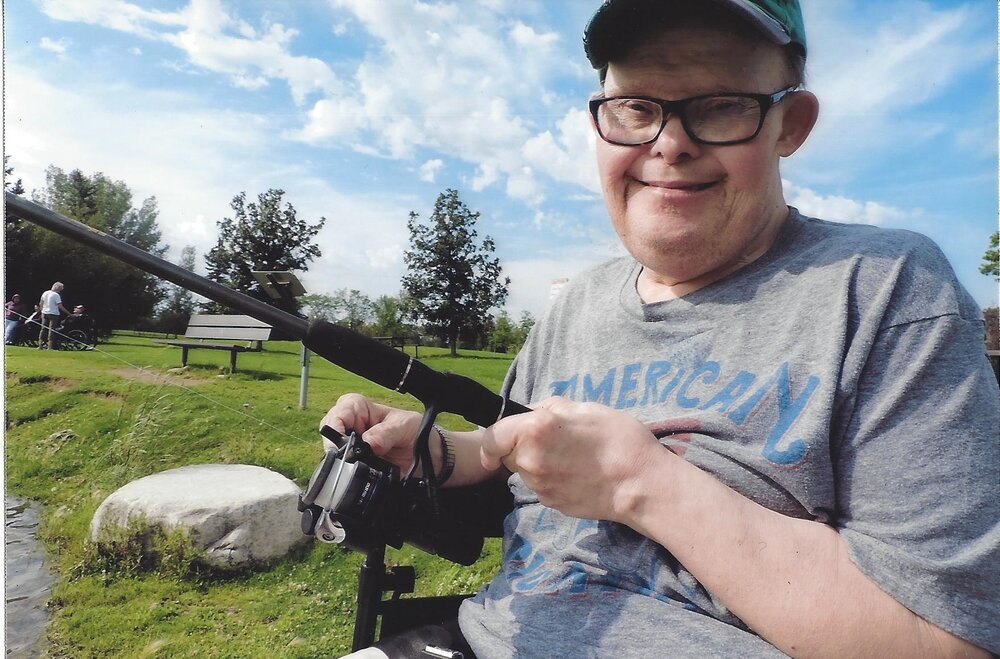 It is with great sadness that the family of Larry Richard Scammell announce his passing on March 4, 2022 three days before his 71st birthday.

Larry was raised on the family farm near Ridgedale.  He was the youngest of 10 children, born with Down’s Syndrome.  He moved to Saskatoon in his teen years and has led a very fulfilling, productive life.  He loved his job at Cosmopolitan Industries, a sheltered workshop for participants with intellectual disabilities, accomplishing his 50 year milestone of service in June 2021.   Larry cherished his time at Cosmo and in fact was still actively attending work the week before his passing.

Larry was a happy, loveable individual who made every life that he touched a bit better.  He was an inspiration to us all and will be greatly missed.  Larry loved music and old Western movies, especially John Wayne, Bonanza and Roy Rogers.  In his younger years he bowled, played soccer and ball and participated in Special Olympics.

Larry was predeceased by his parents, Walter and Josie Scammell, brothers Dale and Len, sisters-in-law Marlene and Karen and nephews Greg and Matt.  He is survived by his 7 siblings, Doug (Adeline), Joyce (Jim), Irene (Wally), Vern (Janet), Lyle (Iris), Elaine (Mort), Sherrian, sister-in-law Lil and many nieces, nephews, great nieces and nephews.  He loved them all.

A memorial service will be held at a later date.  Memorial donations in Larry’s honour may be made to Cosmopolitan Industries 26-34 St E, Saskatoon S7K 3Y2.

Share Your Memory of
Larry
Upload Your Memory View All Memories
Be the first to upload a memory!
Share A Memory