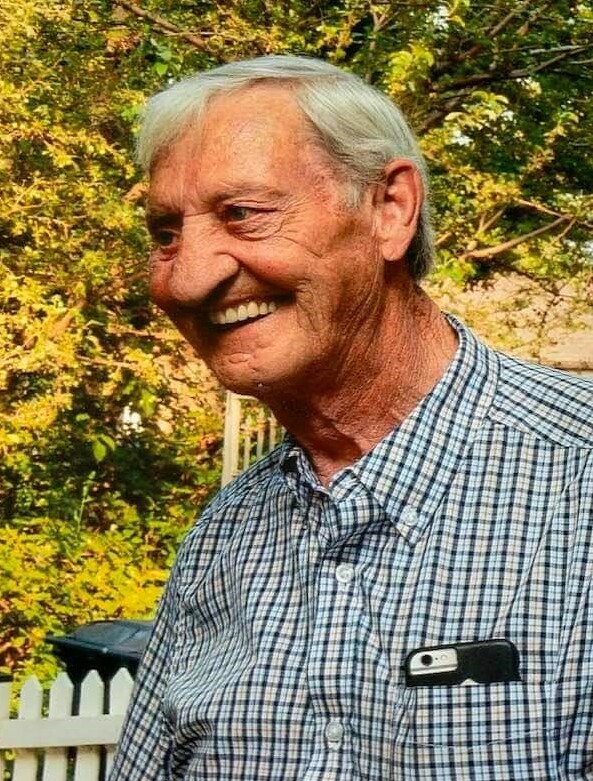 Lorne was born and raised in Saskatoon, the eldest son of Clayton William Francis Ashton and Katherine Christina (McNab) Ashton. He spent his early years at North Park School and City Park Collegiate.
After several years as a mechanic with Belmont Texaco, Sherwood Chevrolet and Prairie Bus, Lorne worked with Ironworkers Local #771 for 20 years and Grip Clinch Fasteners for 10 years. He then set up his own auto service and autobody shop from his acreage near Vanscoy. After surviving a serious car accident in 2005, followed by a battle with cancer, Lorne spent his time on the acreage restoring classic automobiles, leaving behind his pride and joy – a fully restored 1953 Cadillac Series 60 Fleetwood.   After 44 years, Lorne and Shirley moved from their acreage back to Saskatoon.

Lorne is survived by his loving wife of 63 years, Shirley, their three children, Rick (Cheryl) Ashton, Rob (Sandy) Ashton and Carrie (Dave) Jenkins, his brothers Murray (Susan) Ashton, Brian (Bev) Ashton, his sisters Joan (Steve) Peregrym, Elaine (Lyle) Leys and Linda (Ron) Hallden, 7 grandchildren and 19 great grandchildren. He is predeceased by his parents, Clayton (1982) and Christina (1998).  A memorial service and celebration of Lorne’s life will be held in early summer.

The family expresses heartfelt appreciation to the ICU caregivers of St. Paul’s Hospital.  Donations can be made to Saskatchewan Lung Association or RUH Cancer Clinic.

Share Your Memory of
Lorne
Upload Your Memory View All Memories
Be the first to upload a memory!
Share A Memory