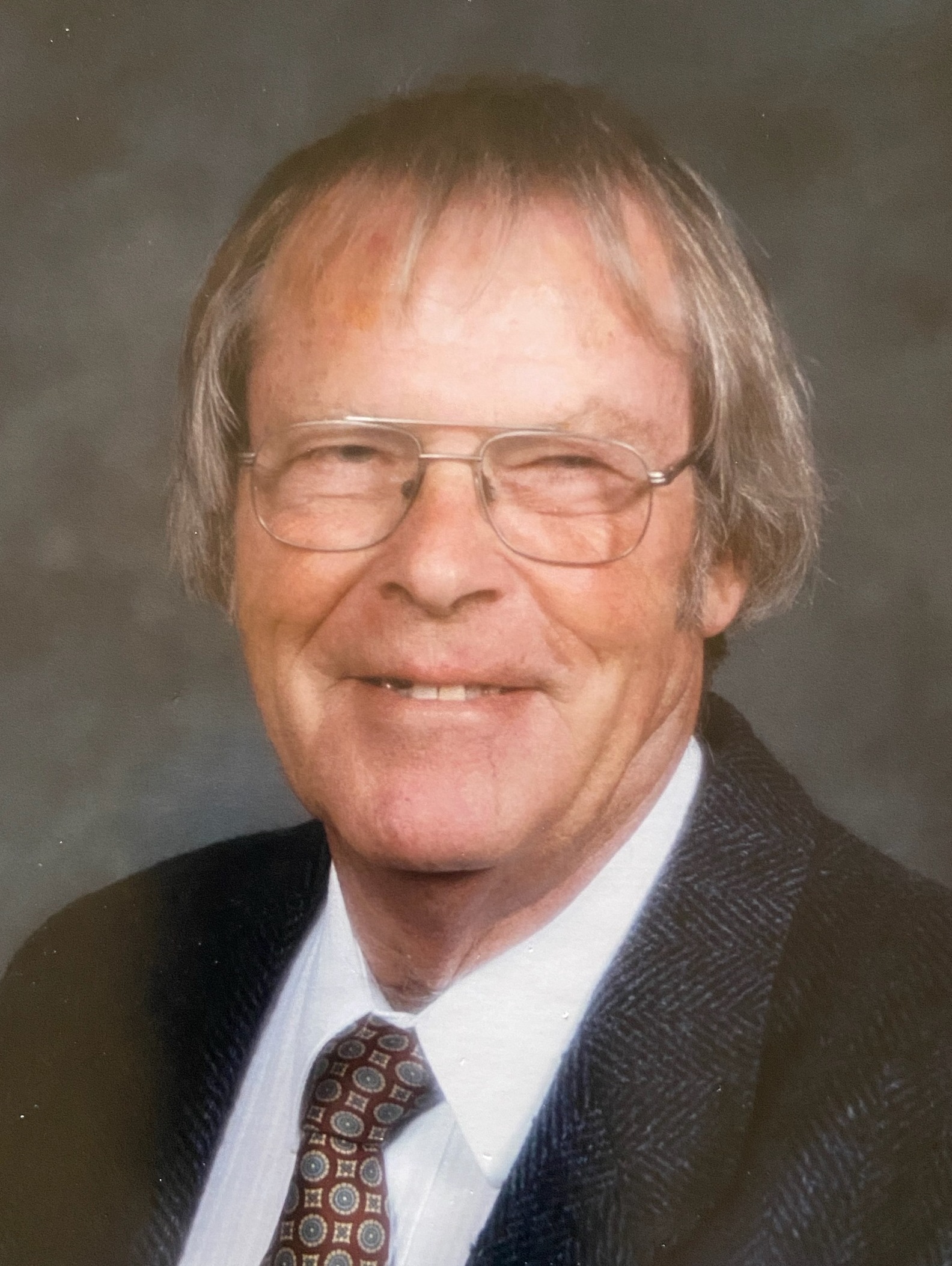 It is with deep sadness that we announce the passing of T.B. “Bennett” Finley on May 8, 2022. Bennett was the only child of Theron and Marguerite Finley of Luseland, Sk. He was predeceased by his parents and his wife Margaret. He is survived by sons, Craig, Derek (Jacqueline), and Blair (Sherry), and his grandchildren Matthew and Sarah. He is also survived by his sister in-law and brother in-law Marlene and Bill Fichtner, their children Kevin, Pamela and Heather, and nephew Bob Johnston.

Bennett was born at Macklin Sk. at the height of the Great Depression in 1934. After the idyllic life of a prairie boy growing up in his hometown of Luseland, Dad attended the University of Saskatchewan, graduating with a degree in Engineering in 1956. While there, he met Margaret Johnston of Bladworth, Sk. and they were married in her hometown in May of 1956. Dad’s engineering career took them to live in Vancouver, Calgary and Toronto before returning to Luseland in 1962 to take over ownership of the MacLeod’s hardware business. Craig was born in 1960 (Calgary), Derek in 1962 (Toronto) and Blair in 1968 (Kerrobert). Dad sold the business in 1973 and  moved the family to Saskatoon where, except for five years in the 90’s, he lived until his passing. Dad’s post-MacLeods career was multi-varied. Selling real estate, teaching industrial arts (Dalmeny), Canadian Tire manager (Confederation Park), Holliston Confectionary owner, Statistics Canada, hardware sales, lottery kiosk owner (Midtown Plaza) and for the final decade or so prior to his retirement, a regional manager for Social Services in northwest Saskatchewan. Dad and Mom retired to the house on Estey Drive in Saskatoon in 1997, where Dad lived until September of last year. Dad’s many interests were eclectic, but photography was his main passion. He was also a firearms enthusiast and collector. Dad loved his annual fishing trips to Besnard Lake and in later years spending time with his grandchildren. Dad was very well read and could hold a conversation on just about anything. The late evening national and local news were his rigid appointment viewing for well over 50 years, so much so that in recent years we teased him about spending so much time with his “girlfriends” Sandie Rinaldo and Lisa LaFlamme. And despite being tone deaf (and nearly physically deaf for most of his later life), he was a music fan, especially of 40’s and 50’s big bands and jazz. He was proud to boast of seeing both Louis Armstrong and Duke Ellington live back in the 50’s. Perhaps this musical appreciation was part of the catalyst that led his boys to having music as major parts of all their lives (or “that damn music” as Mom often referred to it). Dad, in so many ways, truly marched to the beat of his own drummer.

Dad made friends everywhere with his outgoing personality, intelligence, warmth, and his quirky charm. Dad had many friends, but the family would like to recognize his special friendship with Eric Einarson, as well as his great friend of 70 years Don Martfelt and his guardian angel/neighbour Judy Solberg who did so much for him in his final years. Also, much love and appreciation to Bill and Marlene Fichtner, who have always been there, but especially so in the last number of years.

We would like to thank the staff of St. Paul’s and City Hospitals for the care provided to Dad over the last few months.

There will be no funeral and a private interment will be held at Luseland at a later date. Donations in Dad’s memory can be made to the Alzheimer Society of Saskatchewan.

Share Your Memory of
Theron
Upload Your Memory View All Memories
Be the first to upload a memory!
Share A Memory