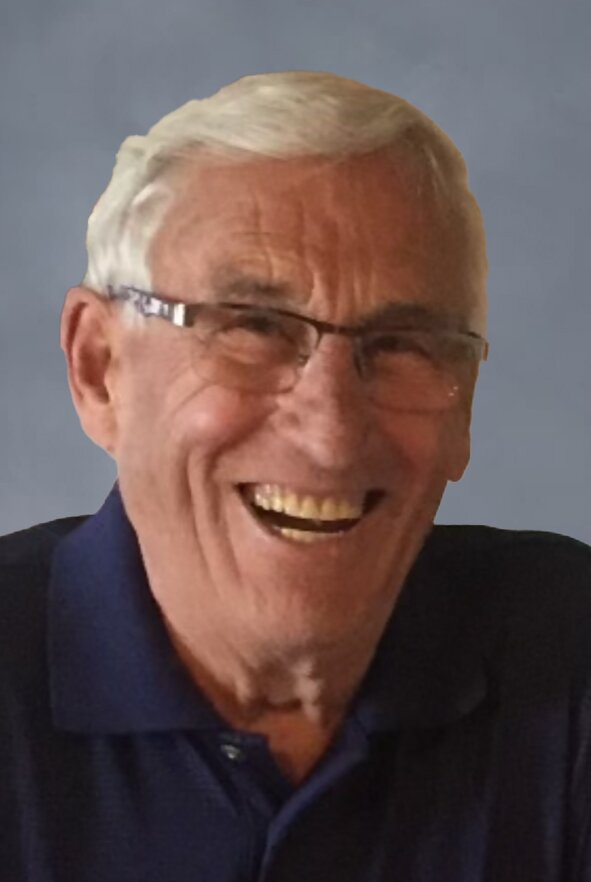 Clair passed away peacefully at St. Paul’s Hospital on May 15, 2022 after a brief illness.  He was born in Vegreville, AB and later moved with his family to Saskatoon.

Clair is survived by his  wife Loanne (nee Bennett) his son Keith of Kimberley, (Debbie) mother of their three boys in Nova Scotia, Dallon (Laura) and their daughter Amelia of Halifax, Aaron (Lauren) and her children Theodore and Charlotte of Morris Island, and Mason of Wolfville. His daughter Brenda McCarty (Garry), Eddy Risseeuw, father of  their children Erwin of Saskatoon and Ashley of  Calgary, Clair’s sister Marlene (Lacroix) of Edmonton and sister in law Cecile McCarty of Saskatoon.

Clair attended school in Vegreville and in Cold Lake AB.  He then served in the Royal Canadian Navy and upon leaving the Navy he entered various businesses (General Carpet, Tom’s House of Pizza, Auto Tec Oil, & Red Star Petroleum).

Clair developed a love for sports at an early age.  As a boy he started playing  hockey on the Vermillion River. He married and moved to Saskatoon where he coached youth hockey and baseball.  Clair enjoyed playing hockey, softball and golf, as well as fishing in northern Saskatchewan.  He learned to fillet fish, without any bones to the enjoyment of many family and friends.  Clair was recently inducted into the 80+ Canadian Hockey Hall of Fame and played in the Saskatoon 60+ Hockey League. He was an avid golfer and made four holes in one at the Saskatoon Golf & Country Club.

In keeping with Clair’s wishes there will be no funeral service.  Donations may be made to the Junior Golf Program at the Saskatoon Golf and Country Club, the Saskatoon 60+ Hockey League or the Canadian Cancer Society.

Share Your Memory of
Clair
Upload Your Memory View All Memories
Be the first to upload a memory!
Share A Memory