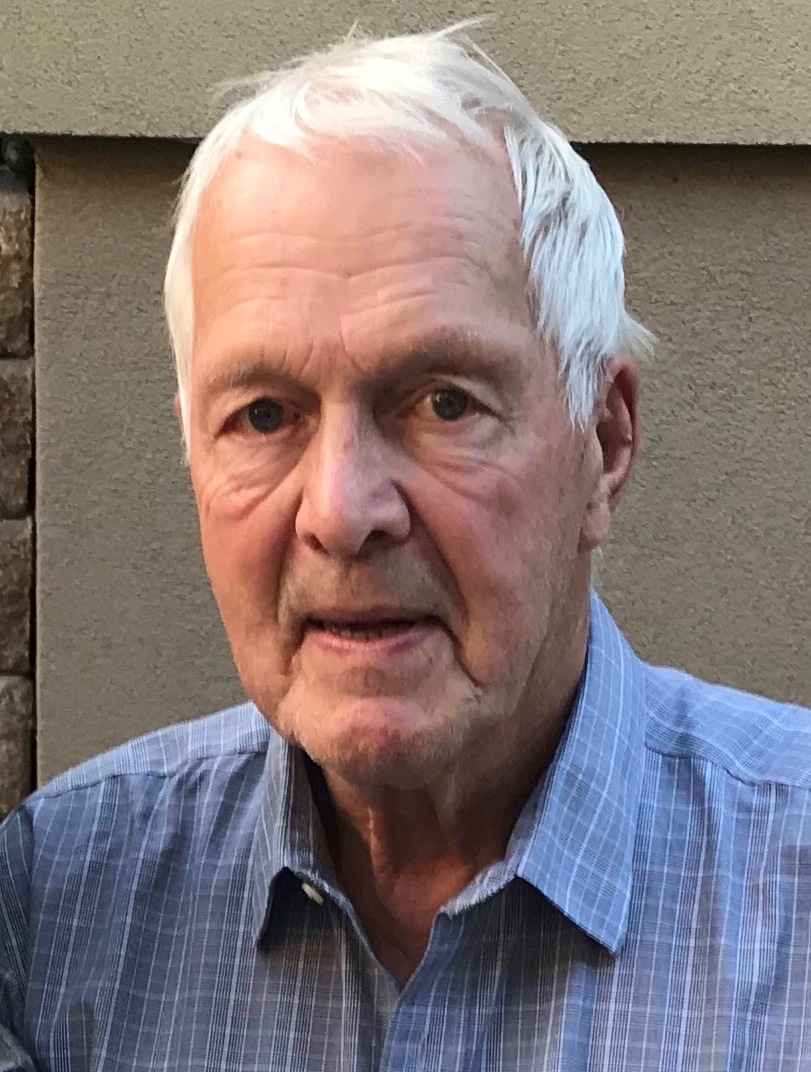 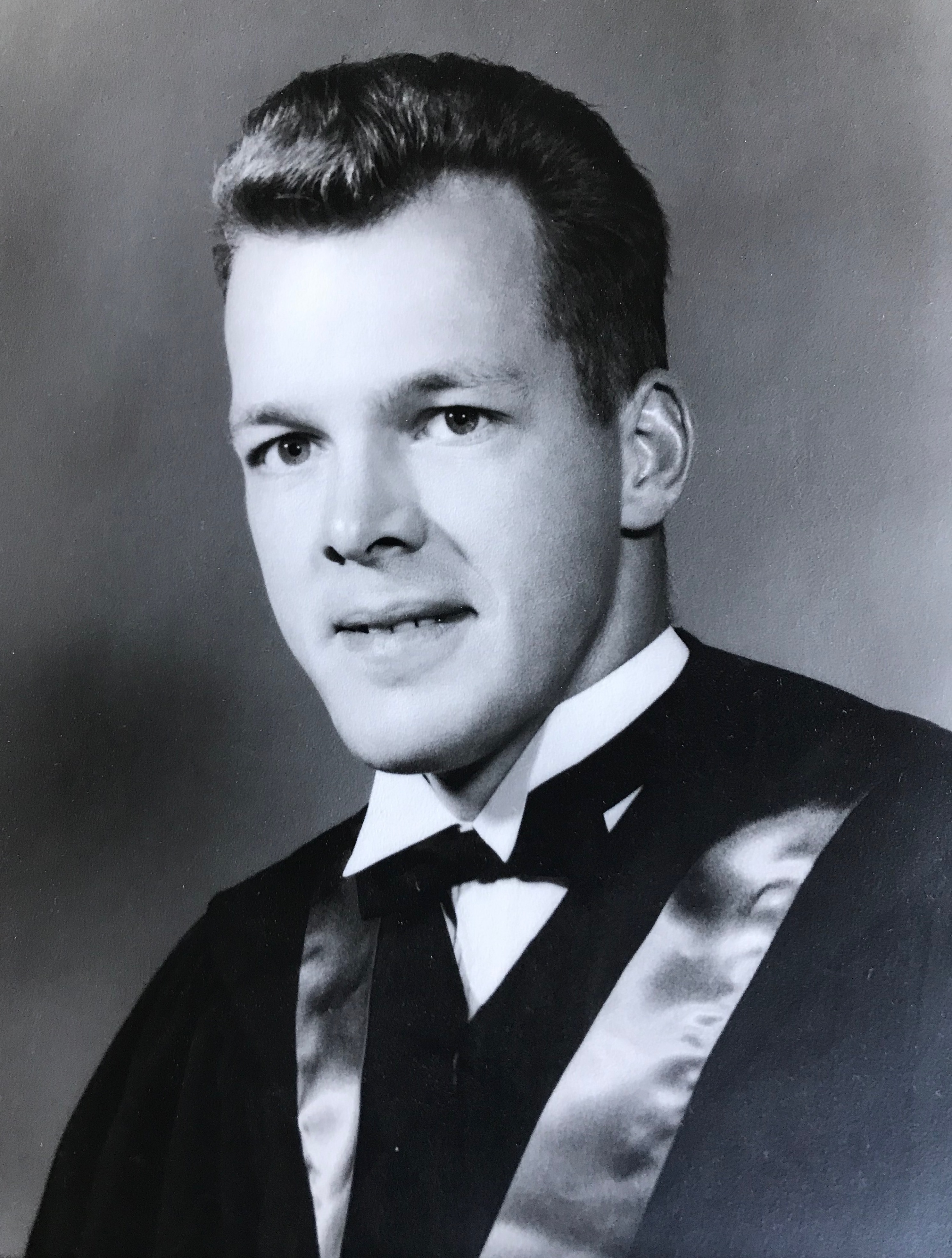 We are sad to announce that Dr Arthur Iverson died suddenly on Monday, July 4, 2022, at the age of 83. Arthur was born in 1938 in Rose Valley, SK, to Alma and Lloyd Iverson, and was the oldest of five children. He grew up on the farm and initially attended a one room schoolhouse where Alma was the teacher. He had many stories of riding to school by horseback and caboose. He met his wife of almost 59 years, Grace (Gorniak,) through a cousin. They dated while attending the University of Saskatchewan and married in 1963. He attended the University of Saskatchewan for his BA & BEd, and taught high-school sciences in Wynyard and Kelvington while Grace obtained her RN & BSN. Arthur had always dreamed of being a doctor. He returned to the U of S for medical school, graduating with the class of 1971 and then interning at St Paul’s Hospital in Saskatoon. He joined the Central Butte Hospital and Medical Clinic in 1972, and worked there until he retired in 2003. He was a very committed and devoted family doctor. There are many stories of how he hummed and HO Ho Ho’d his way down the halls of the hospital.  He was grateful to Dr Graham Mainprize, with whom he worked for many years and who was an important friend and mentor to him. After Dr Mainprize retired, Dr Iverson became a mentor to several other physicians. He was especially fond of Dr Stephen Roche (Marycke) and Dr Derick deWaal (Theuna).

Dad had a bright mind and was a voracious reader. He supported the newspaper and magazine industries for years with his multiple subscriptions. He loved poetry - Frost, Yeats, Burns and Service were frequent visitors in our home. He often spoke of taking the path less travelled by, of his nine bean rows and a hive for the honey bee, of nursing her wrath to keep it warm, and of how a promise made is a debt unpaid and the trail has its own stern code. Playing cribbage was a favourite pastime; he and Mom played almost daily, and very often with their friends, Keith and Bonnie Hampton. Dad thoroughly enjoyed camping and canoeing. Mom and Dad used to go on yearly wilderness canoe trips in northern Saskatchewan organized by their dear friends, Howard and Mary Matilla. Dad also built his own pontoon boat. Out of plywood. Twice. And they worked! He was fascinated by the story of Tom Sukanen, the homesick Finn who built a boat in the middle of the Saskatchewan prairies in which to sail home. After retirement, Mom and Dad also enjoyed international travel, including trips to Australia, South Africa, and Guatamala, amongst others.

Dad worked hard his entire life, and insisted his family do the same. He was a Jack of all trades, and was his own mechanic, carpenter, plumber, electrician, and accountant. He constantly sported healing nicks and burns from his many hobbies involving power tools and welding rods. He was impressively tough, strong, and stoic, earning his family nickname of Thor. He had massive hands and wrists from all the heavy labour he did starting as a child, including farm work and cutting timber. Despite those large hands, he was able to perform many delicate medical and surgical procedures with skill. While attending university, he supported himself with many different jobs, ranging from construction, to heavy equipment operator and truck driver, to Saskatoon cab driver. Money was very tight, and he slept in a ditch after he bought Grace’s engagement ring because he couldn’t afford a hotel. However, this was a time that if you were motivated and a hard worker you could get a job. He was once asked if he could drive a caterpillar, and his confident response was “Sure!” It was important to Dad that his kids knew how to be self-sufficient. He taught us how to change both the oil and a flat tire. We learned how to mix cement, how to frame a building, and how to store vegetables in the root cellar. Dad lived his life on his own terms. He insisted on doing things his own way, even though that was rarely the easy way. He loved finding creative and unusual solutions, and would often make the tool he needed to do a job. He always had some type of project on the go, such as crafting wooden bowls on his lathe or making beautiful knives.

Dad had a deeply personal sense of right and wrong. He rooted for the underdog and wasn’t afraid to rock the boat. Over the years he sat on a variety of boards, including Ducks Unlimited, the Lions, the Central Butte Town Council, and the Saskatchewan Medical Association. He could be cantankerous and play the devil’s advocate. He was known to write scathing letters to whichever governing body was the current target of his ire.

Dad had a strong connection with nature and with the land. Living near Lake Diefenbaker, he and Mom spent many hours walking the sands. He built and maintained scores of bluebird houses along the fence lines. He taught us about endangered piping plovers and burrowing owls, killdeer nests, meadowlarks, cliff and barn swallows, baby horned owls, and, of course, robins. We couldn’t make any noise in the garage for the entire spring if the robin built a nest in there. Dad enjoyed many years of hunting wild fowl. We have many fond memories of driving around the countryside with him on beautiful autumn evenings to spot geese. He insisted on having two large gardens, and was always grazing on the produce. He was a loner and needed quiet. Trips to Calgary were always brief, with Dad explaining that fish and company stink after two days. That said, it is hard to find a recent photo of him without a grandchild on his knee, or playing crib with him, or him helping one to steer a boat or the garden Gator, or to use the wood lathe.

Our 21st century Viking has journeyed to Valhalla, where he is feasting on lefse and lutefisk. His memories will be cherished by wife, Grace (nee:Gorniak); his children, Dr Lance Iverson (Charlene, and grandchildren, Ella, Eva, Nathan and Olivia) of Saskatoon and Dr Lana Lovo (Marty, and grandchildren, Lily and Michael) of Calgary; his sisters, Maxine Furlani and Sharon Laird (Jim); his nieces and nephews; his friends; and his many former patients. He was predeceased by his sister, Lorraine Gibson; his brother, Ronald; his nephew, David Iverson; and former brother-in-law Frank Furlani. An autumn memorial is being considered. Thank you to Prairie View Cremation and Memorial Services. In lieu of flowers, please consider a donation to Iver Main Place or your local food bank.

Stay between the ditches.

Share Your Memory of
Arthur
Upload Your Memory View All Memories
Be the first to upload a memory!
Share A Memory