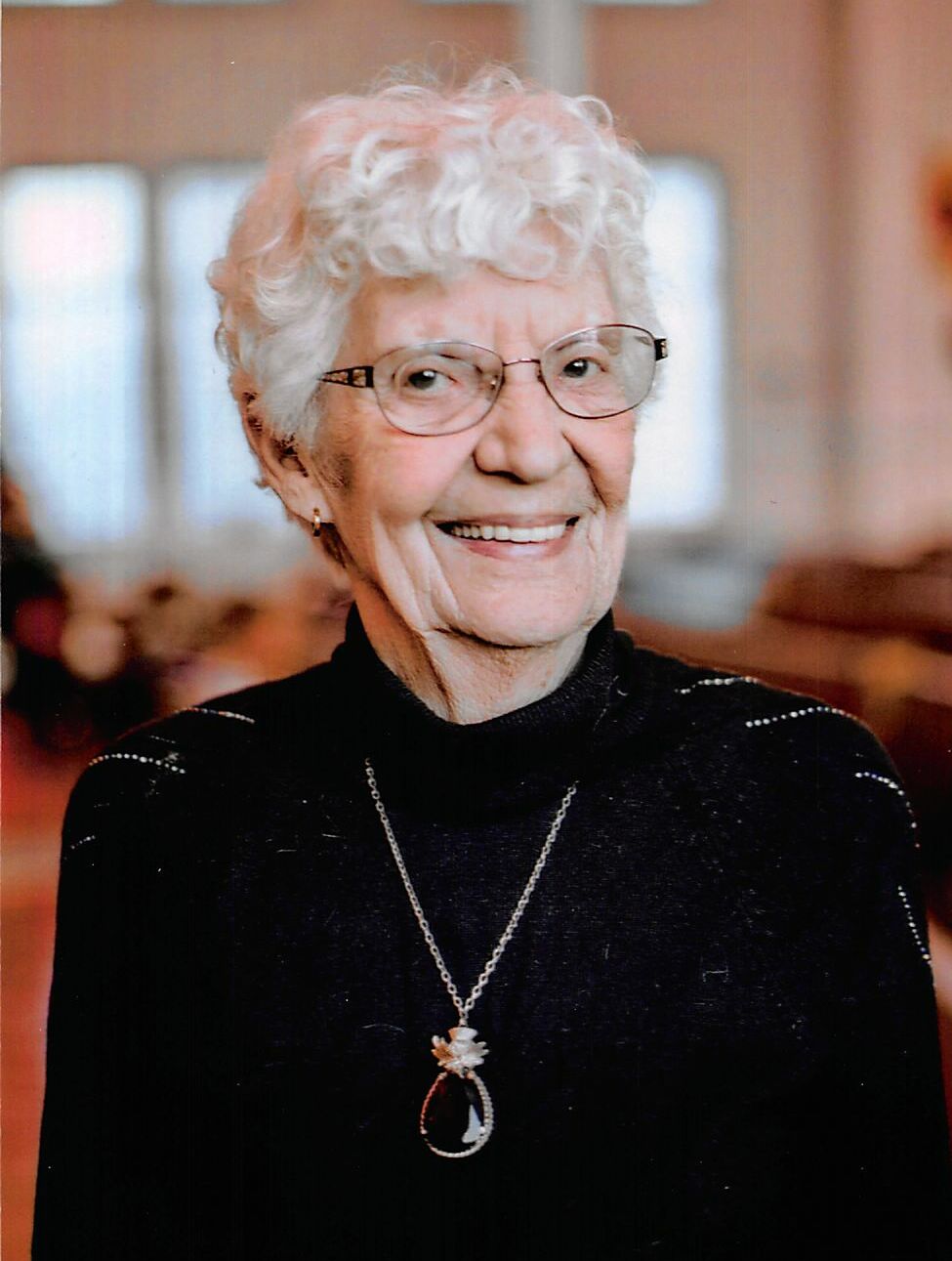 Helen Verna Faulkner, 82, of Saskatoon, SK., passed away on August 21st, 2022 at St. Paul’s Hospital.  Helen was born in Belmont Ontario Janet and George Kerr on September 19th, 1939.  She had two siblings, Mary Lyons (London, Ontario) and Stewart Kerr (deceased).  Growing up she enjoyed spending time with her siblings and relatives, music, and ice-skating at her father’s work place.  She attended Beal Teck high school and graduated in 1956.  She was married to her late husband John Faulkner in 1957 and they had three boys: John, Douglas (deceased) and Edward.

Helen always had an incredible knack for sewing, even her son John’s first suit for her sister’s wedding when he was just five years old.  Later the grandchildren reaped the benefits of her abilities with fantastic matching outfits and Halloween costumes.  She worked as a seamstress at Great Western Garment Ltd in Saskatoon before retiring to her true passion in life, which was children.  Helen spent many years raising not only her own three boys but also caring for many of the neighbourhood children.  She took on a very active role as grandma spending countless hours in the car driving her granddaughter Merrick to the stable and many sleepovers with LeRae, Merrick and Austin.  She fondly became known around the stable as ‘barn grandma’ to all the kids and parents.

Helen is survived by: her sons, John and Edward (Beauty) Faulkner; sister, Mary; her grandchildren, Merrick, LeRae, Austin and Ashley; great grandchildren, Rayden, Elaina, Evelyn and Charley; as well as several nieces and nephews.  Helen will always be remembered for her kind, compassionate and giving spirit along with her witty sense of humour that kept us all laughing even through the most challenging times.

A Celebration of Helen’s life will be held at the Edwards Family Centre on Saturday, September 24th, 2022 at 2:00 p.m.  Parking will be available at Saskatoon Funeral Home.

Share Your Memory of
Helen
Upload Your Memory View All Memories
Be the first to upload a memory!
Share A Memory