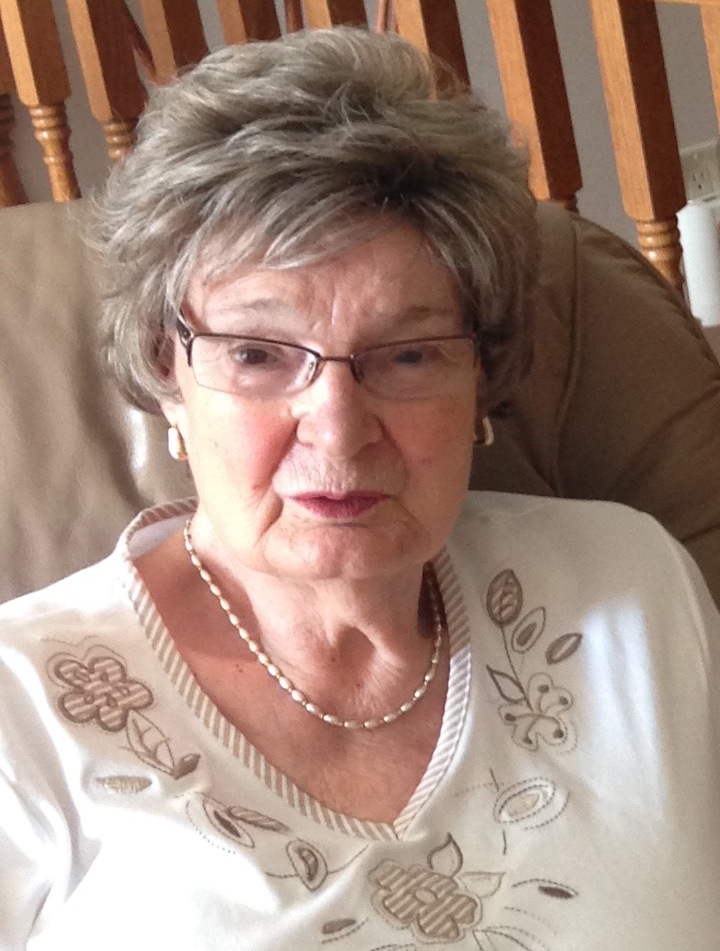 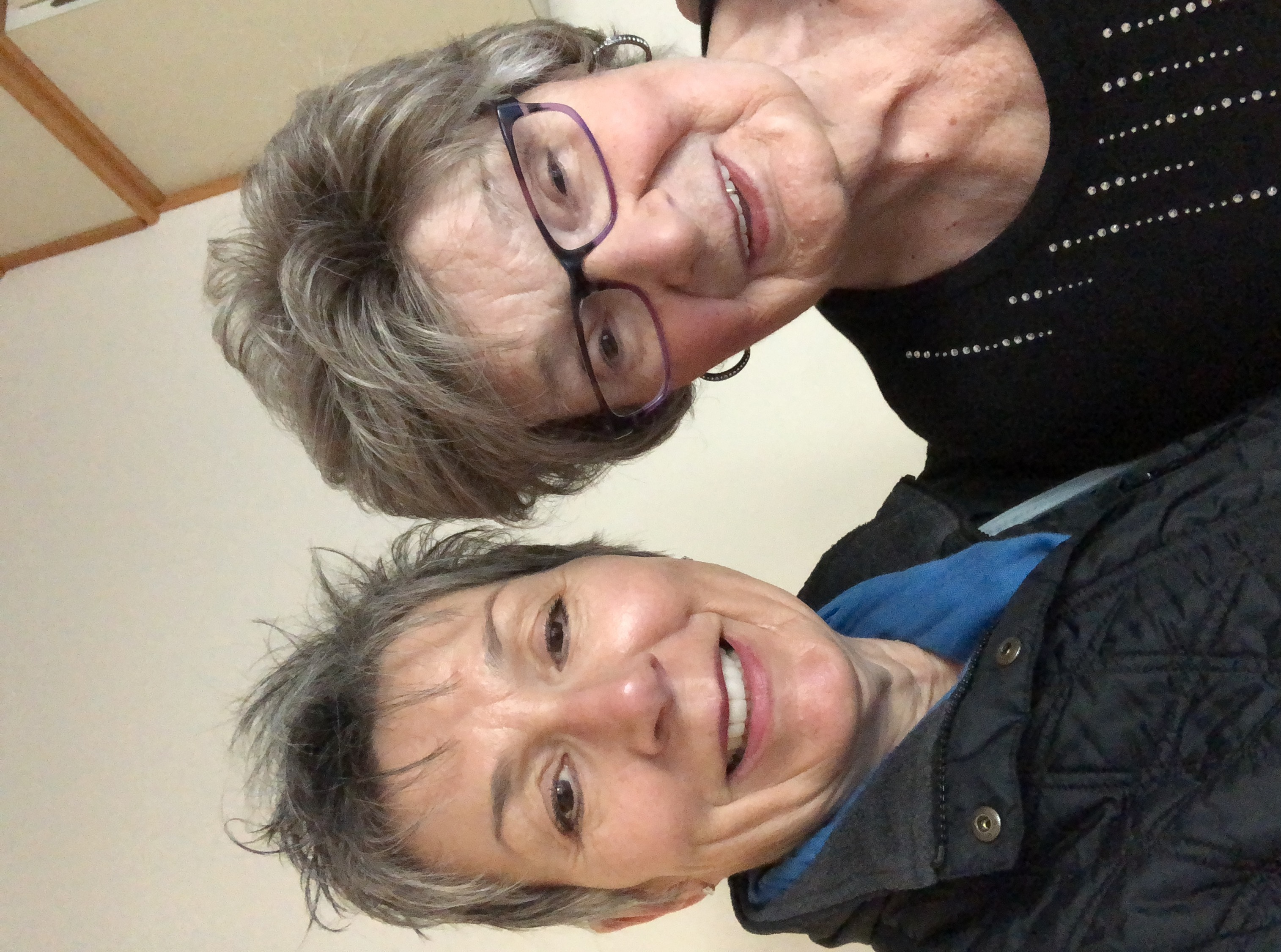 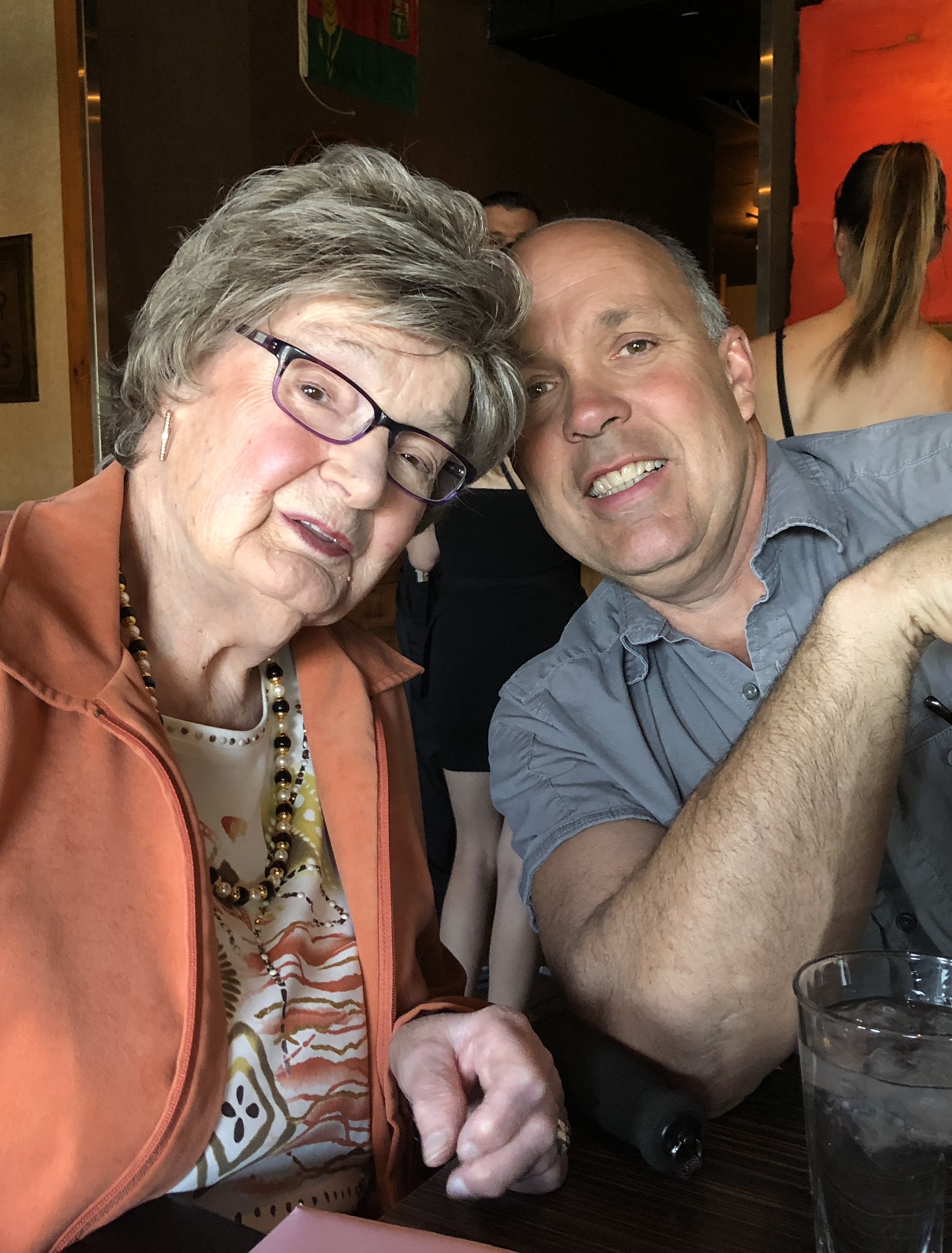 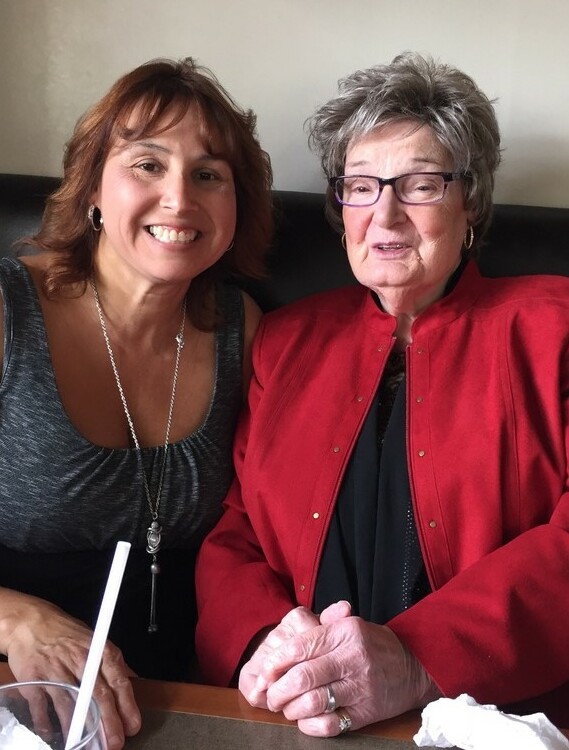 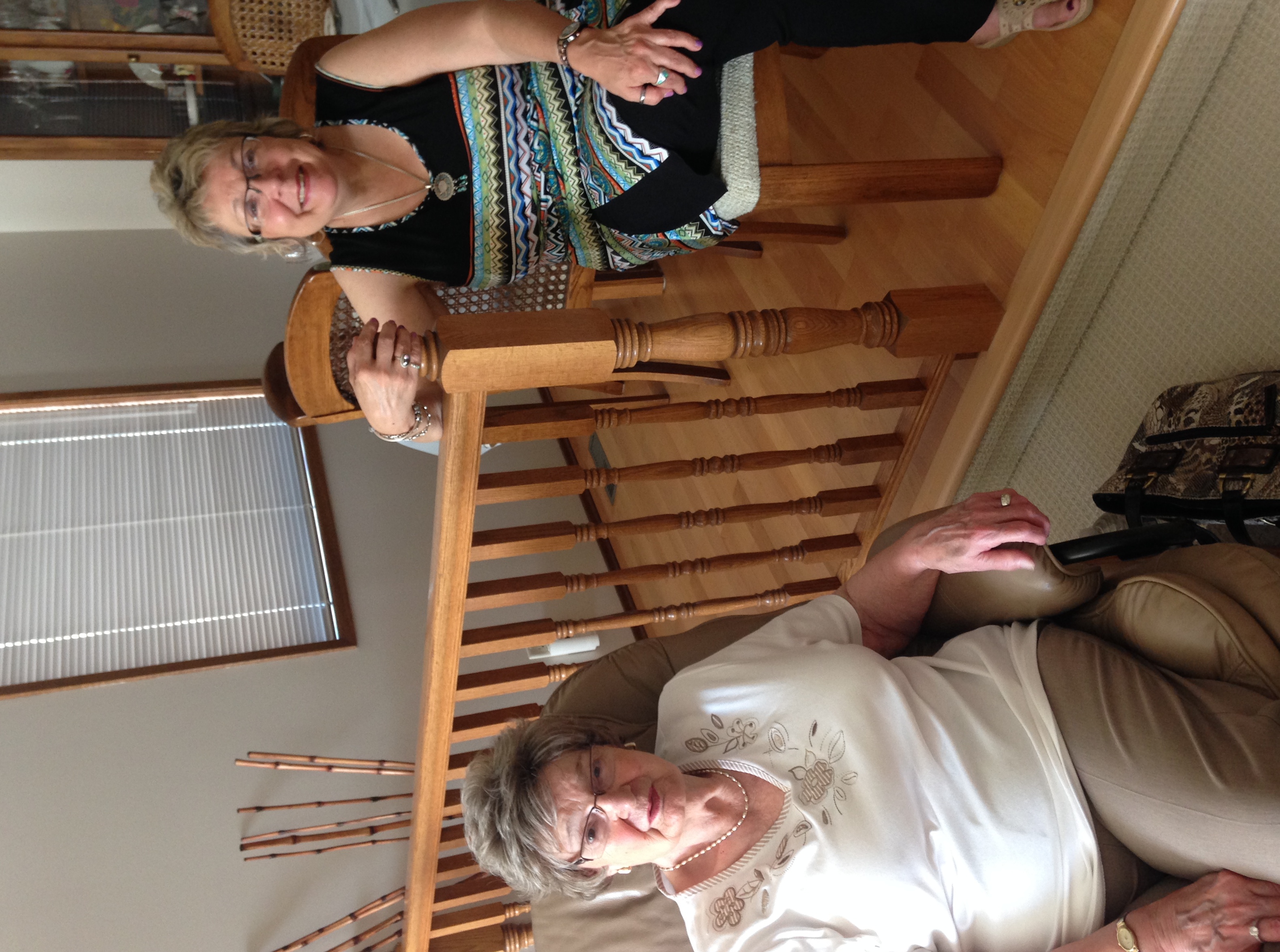 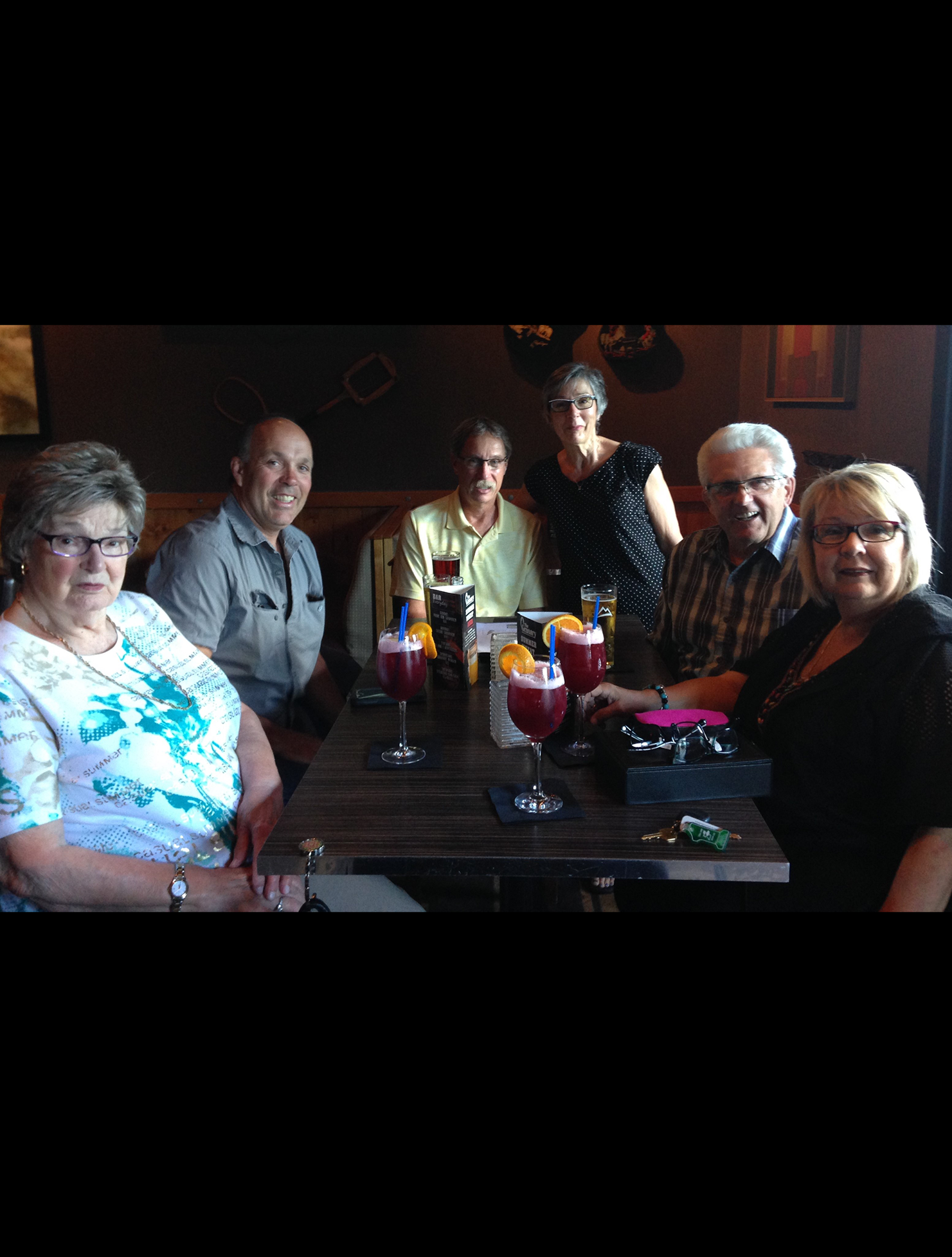 The family of Iona Moran is sad to announce the passing of their mother on August 21, 2022.  Mom was born to Josephine (Leidl) and Frank Miller in Wilkie Hospital on November 12, 1929—the eldest of six children.

Mom had many fond memories of growing up in Leipzig SK, such as going to Mass at the Convent every morning before school.  She particularly enjoyed skating on the outdoor rink and playing softball, as well as going to many dances where her father played the trumpet in his orchestra.

After Mom's schooling she enjoyed work as a nurses’ assistant at the Saskatoon Sanatorium from 1948 to 1953.

While in Saskatoon Mom met Richard Moran at a St. Paul's Cathedral social dance.     They married in 1953 and moved to Dad's family farm at Plato, SK.  This was a different life for Mom after growing up in an active village and working in a     bustling city.

In 1967 Mom was happy to return to city life and after her three children were grown, she decided to go back to work, again in the healthcare field at Sherbrooke Community Centre.  She met co-worker Eileen Hull and those two older gals became fast friends attending concerts (Garth Brooks being one of the more memorable), Folkfest, ice skating shows, family weddings and special birthday celebrations.  Mom and Eileen chatted on the phone several times a week.

Our Mother always enjoyed shopping, going for lunch or DQ ice cream on a summer afternoon.  In later years she enjoyed her armchair sports—watching curling, the Blue Jays and the SK Roughriders.

Although Mom wasn't a grandmother, she cared for all of her grand-pets on several  occasions, from German Shepherd to Yorkie, but Mom was especially attached to Lynn's Tommy-cat.  Mom was predeceased by her husband in 1986, father in 2001, mother in 2006 and three brothers, Felix in 2017, Ronald in 2018 and Gerald in 2019.

Share Your Memory of
Iona
Upload Your Memory View All Memories
Be the first to upload a memory!
Share A Memory