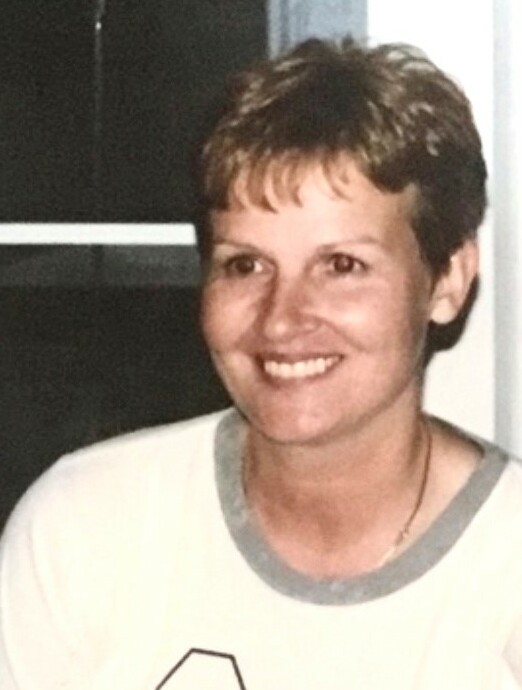 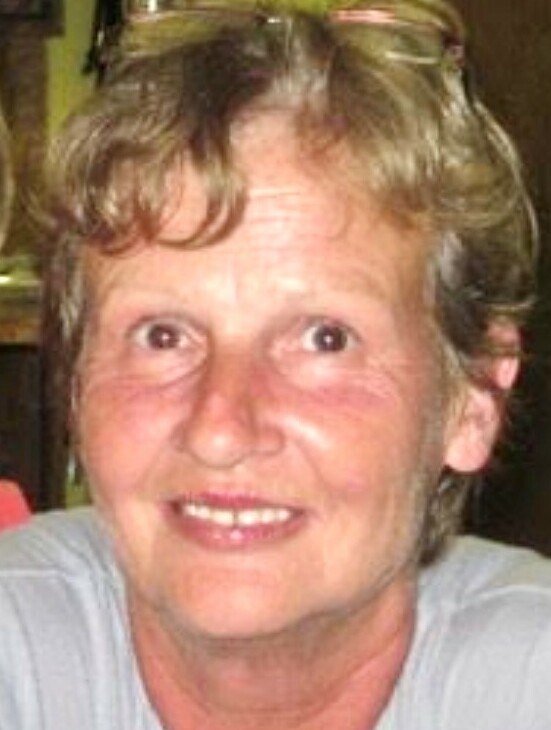 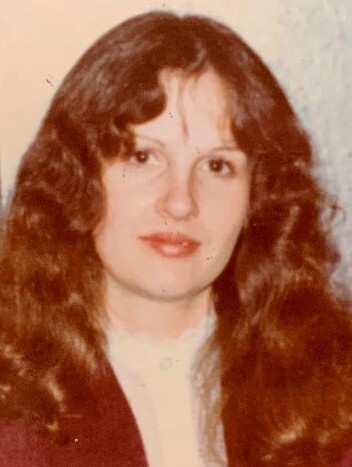 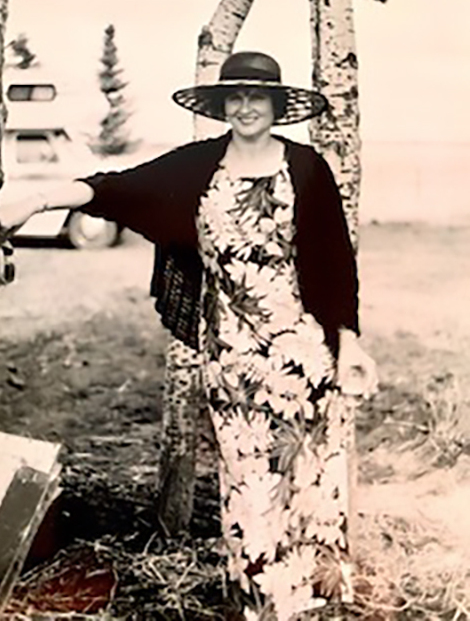 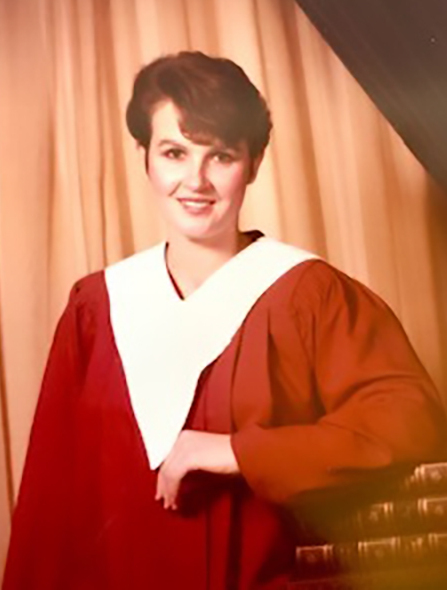 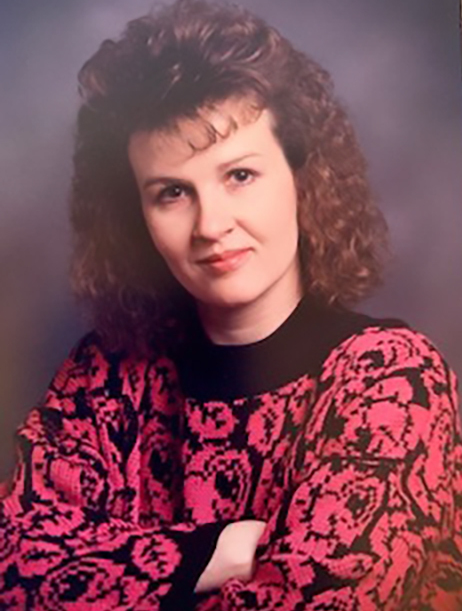 It is with great sorrow we announce the passing of our sister Judy on August 23, 2022.  Judy was born on May 22, 1958.  She was raised on the family farm south of Weirdale.  There she learned the many skills she would use throughout her adult life.  She learned the value of hard work and determination that growing up on a farm gave her.

Judy was a typical high school girl of the 70’s.  She was on the volleyball and basketball teams at Meath Park High.  Her three point baskets at the baseline were something to see!  Judy’s gift as a writer became evident in the writings she did in her English classes.  Judy also enjoyed the social activities of the time especially the Larry Christie Record Hops.  Judy had a tendency though to overdo when it came to partying.  When she joined her sister Betty and friends for drinks prior to one dance, Judy got into some homemade wine.  The results were not good.  Once Judy’s stomach settled, she slept in the car for the remainder of the dance.  She could never drink wine thereafter!  Judy would fall in love with Dwight Harnish, her high school sweetheart.  Many years later their relationship was briefly rekindled.  Judy would complete her grade 12 at Carleton Comprehensive High School while working as a waitress at Country Kitchen.

After high school, Judy would meet and marry Jerry Kendel and become a farm wife in Foxdale.  The Kendels welcomed Judy into their family in spite of Judy lighting a fire in the farm yard to burn some vegetation that very nearly burnt everything down.  The upside was Judy got to meet many of her new neighbors when they came to help put out the fire.  Unfortunately, the marriage ended a number of years later.  Once on her own, Judy decided to become a realtor.  The interest rates of the 1980’s soon made it obvious she needed to do something else.  She decided to train as a psychiatric nurse next.  Upon graduation, she worked at the Victoria Hospital for a number of years before she accepted a position at Vancouver Lion’s Gate Hospital.  Next, she travelled to Bermuda and worked there for a number of years before she returned to Canada.  Her last jobs were in Saskatoon where she decided to reside to be closer to family.  There she continued her career as a psychiatric nurse for the Federal Corrections Service and then the Saskatoon Health Region.  Unfortunately, the Lupus that Judy had been living with became debilitating and she could no longer continue in her profession.

Judy was a unique person with diverse abilities and interests.  Judy could bake pies, make perogies and cabbage rolls with the best of them.  When she decided she wanted to learn how to knit and crochet, she got some books and figured it out.  Judy was also keenly interested in yard work and landscaping.  She planted trees, shrubs and flowers to create a beautiful yard at her house in Saskatoon.  Judy was skilled in renovating and was hands on with painting, installing flooring and replacing bathroom fixtures.  She made her house into a beautiful home.

The uniqueness of Judy was evident in her intellect and personality.  Her memory was unsurpassed and her ability to learn boundless.  We often speculated that Judy would have made an exceptional lawyer with her abilities to remember detail and logically argue a point.  You placed a bet against Judy at your peril.  She remembered everything!

Judy maintained a strong tie to the farm.  She would make puffed wheat cake, brownies and rice krispie cake to bring out for harvest meals.  Raelene uses Judy’s recipe for baked beans to this day.  She also pitched in to help treat the cattle during an outbreak.  These farm visits have really been missed by Raelene and Len.

Judy’s ties to her family were strong.  Whether it was a Christmas visit or a birthday party, she valued these gatherings and her family.  When Judy traveled to work in Bermuda, she exchanged letters with Megan.  Those letters coming from her auntie were special.  Judy loved to discuss all topics and world views.  John and Judy spent many hours roaming the origins of creation.  A discussion with Judy was always a memorable occasion.

It is time in this tribute to make it clear that Judy was not all perfection.  She had her flaws as all of us do.  Judy loved to travel, explore and try new things.  On a trip to a ranch with Coni and Mitch, Judy observed a Texas gate for the first time.  She did not know what it was and it was explained that the gate could be driven over by a vehicle but the cattle would not cross it because of the gaps in the grid.  Judy was in disbelief that cows were so dumb they couldn’t figure out how to cross the gate.  Later that evening, in the dark, and after a few cocktails,  Judy’s heel and spur on her brand new cowboy boot got caught in the grid.  Suddenly Judy was lying sideways with her spur stuck.  Mitch was about 8 years old and said, “So Auntie Judy are you dumber than the cows?”  There was a lengthy pause as Coni waited to see how the comment would go over.  Still lying on her side, Judy burst out laughing.

In the last number of years when Judy’s illness overtook her, she would reach out with a telephone call.  Whether it was to see how Mitch, Megan, Jessica or Nicolette were doing, or to check with Len and Raelene on seeding or harvest on the farm, or to discuss tennis, curling or the Riders, or maybe discuss her latest dream or childhood memories, these calls were special to us.  These calls often included stories about Sista, Judy’s cat and companion.  Sista was not only a companion but a bearer of mice or other catches that she insisted she leave for Judy as presents.  Judy would then have to run around trying to capture these presents and remove them from the house.  We are all happy that Sista has found a new home with Coni and John who will take good care of her.

Judy made many friends over her lifetime. Judy’s best friend Sue paid tribute to Judy by saying: “It is not often in your life that you find a dear friend who makes you laugh until tears run down your cheeks or has the emotional depth to enter into a very personal conversation without hesitation.  The impact that her life energy gave to this world is immeasurable and lives on in the many lives that she touched along the way, especially in mine.  Au revoir, my dear friend.”

Shiva Sharma wrote:  “A sister is someone who loves you from the heart.  No matter how much you argue, you cannot be drawn apart.  She is joy that cannot be taken away.  Once she enters your life, she is there to stay.”

Judy we love you and will miss you.  We will cherish the times we spent with you and the memories we have of you.

A celebration of Judy’s life will be held in the spring or summer of 2023.  Donations in Judy’s memory can be sent to the Lupus Society of Saskatchewan.

Share Your Memory of
Judy
Upload Your Memory View All Memories
Be the first to upload a memory!
Share A Memory