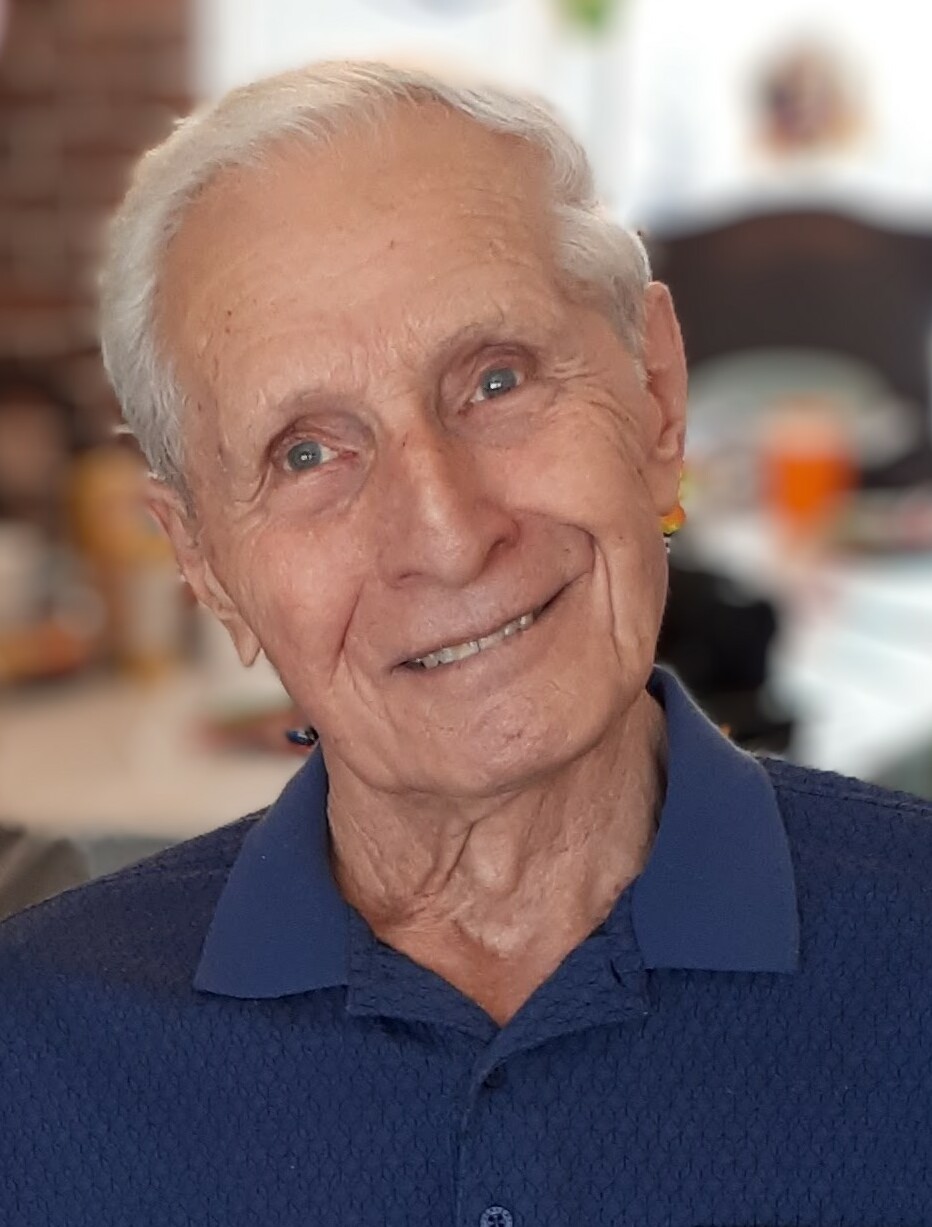 Christen Riis (Chris) was born at St. Paul’s Hospital, in Saskatoon, Saskatchewan, August 4th, 1933. He passed away, November 19, 2022, at the age of 89, after only one week, at Royal University Hospital. We are grateful that he got to live in his house, until then.

Christen attended Pleasant Hill Elementary School, and Saskatoon Technical Collegiate. He then worked for the Robin Hood Flour Mill, in the 1950s. By 1954 he was proposing to Margaret Stretch, by the Saskatchewan River weir. They were blissfully married, June 17, 1955.

Christen became a CN Constable, and later Special Agent, from 1963-1991. He worked hard, for his family, sometimes taking a second job. In between working, he always kept his yard, cars, and home in excellent condition. He also kept his walks, and those of his neighbours, well-shovelled. If a snowflake fell, he was out sweeping!

Christen and Margaret raised four children, Sheryl, JoAnn, Carol and Douglas, in Saskatoon, and from 1967 – 1983, in Regina. They enjoyed dancing, curling, canoeing, camping, and later, visiting their four children, eight grandchildren, and great grandchildren. After retiring, they volunteered for the Prairieland Exhibition, for the exhibition, special events, and school tours. They were active with the CN Pensioners, and the Sunseeker’s RV group, touring around Saskatchewan, having fun, and doing volunteer work, in the parks they visited. They also enjoyed taking cruises and travelling to various holiday destinations, including seventeen visits to their favourite vacation spot, Hawaii!

Christen and Margaret Riis both enjoyed good, long and full lives. Their love for family and friends will not be forgotten.

A Memorial Service will be held later next spring. Christen’s cremains will be placed with Margaret Riis, in a columbarium, at Woodlawn Cemetery, and spread at Colesdale Park, on Long Lake, and in Hawaii.

Share Your Memory of
Chris
Upload Your Memory View All Memories
Be the first to upload a memory!
Share A Memory