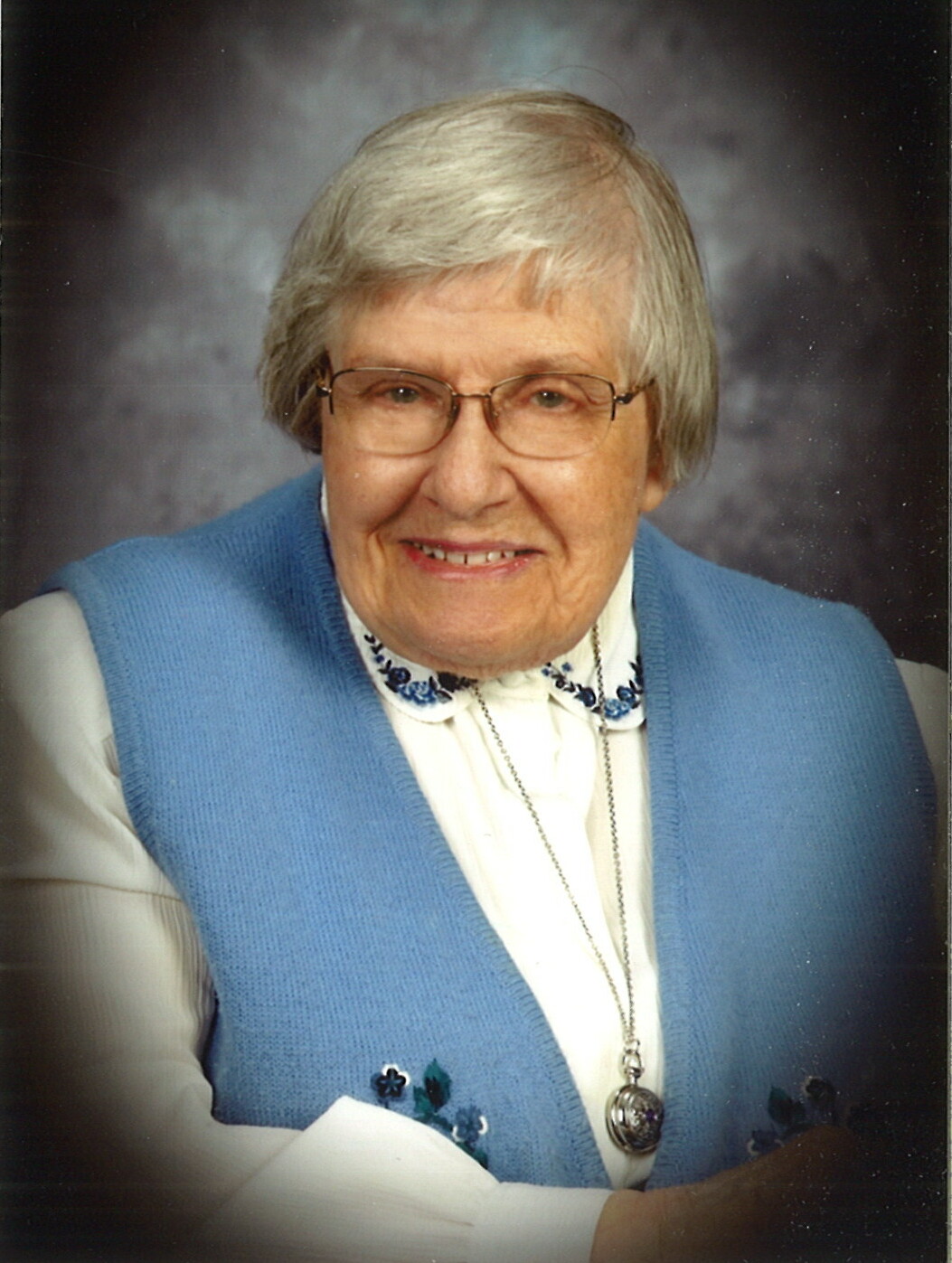 To watch recording of service click this link: https://video.ibm.com/embed/recorded/132426116

It is with great sadness that we announce the death of Grace Tannahill on December 12, 2022.

Grace was born in Virden, Manitoba to Gertrude and Rev. Robert Tannahill on Sept. 3, 1926. As her father was a United Church minister they moved to Moose Jaw in 1928 and then when Grace was eight years old the family settled in Prince Albert. Following her graduation from high school Grace worked at the Bank of Nova Scotia for a year. She then attended the University of Saskatchewan to obtain her Arts degree, followed by a course at Saskatoon Business College. On completing her business course, she taught at the college for eleven years. Then Grace felt a need for a career change. She graduated in 1963 with a degree in nursing from the University of Saskatchewan College of Nursing and then completed a year in public heath nursing. Following that, Grace moved to Edmonton where she taught for twenty one years at the College of Nursing. It was at this time she took early retirement to care for her mother, and did so until her mother’s death in 1995. Grace was a member of Grace Westminster United Church, so often referring to the church as her family. Over the years she was a very active member involved in such things as singing in the choir, helping lead CGIT and Chairing Saskatoon Presbytery. Grace was also a very strong supporter of St. Andrew’s College in Saskatoon where her father had been a professor and librarian. Music was a major part of Grace’s life and was so proud that she had sung in a church choir since she was five years old until she was ninety- three. In her lifetime Grace also played several musical instruments. She was also active and supportive in many musical groups in Saskatoon such as the Saskatoon Music Festival. Grace had enjoyed playing golf and loved watching all sports, but admitted that baseball was her favorite. Grace was predeceased by her parents Gertrude and Rev. Robert Tannahill and her sister Alice Bentley. A sincere thank you to Siza Noor with Prairie Hospice who visited Grace weekly the past few years and to the staff of Luther Special Care Home and Pastor Iris for the supportive and compassionate care of Grace.

A Memorial Service will be held at Grace Westminster United Church, 505 10th St. East, Saskatoon on Wednesday, December 28, 2022 at 11:00 am. Interment will take place in the family plot at Woodlawn Cemetery.

Share Your Memory of
Grace
Upload Your Memory View All Memories
Be the first to upload a memory!
Share A Memory